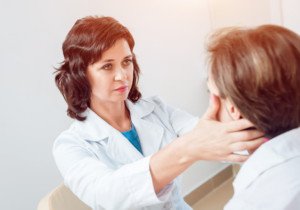 See a doctor ASAP if you have sudden but temporary blurred vision, as this can be a harbinger of an awful outcome.

There are many causes of blurry vision, but let’s get more specific: Your vision suddenly—not gradually—becomes blurred, and this lasts only minutes, maybe even 30 seconds, and then everything is back to normal, as though nothing had happened.

This may deceive you into thinking nothing serious happened. But most likely, something very sinister just did.

Sudden onset blurry vision that doesn’t last long can be caused by a transient blood clot in the brain.

Here is what Cindy P. Wang, O.D., F.A.A.O., with South Pasadena Optometric Group in CA.says about this:

“If the visual disturbances are similar to a slow dimming of vision or blacking out of vision, and it lasts for 5-10 minutes, then it is likely caused by a mini-stroke, also known as a transient ischemic attack (TIA).”

Though the visual problem, caused by a TIA, is sometimes described as dimming or fading out, it’s also possible for a TIA to specifically cause sudden blurred vision that’s only temporary (a TIA, by definition, is temporary).

It may last less than five minutes, too.

In fact, strokefoundation.com states that “sudden blurred or decreased vision in one or both eyes” is one possible symptom of a TIA.

This is a medical emergency, ”caused by, but not limited to, atherosclerosis, carotid artery stenosis, heart disease, hypertension and diabetes,” says Dr. Wang.

“In this case, you should see your primary care physician or neurologist as soon as possible, especially if accompanied by other symptoms such as headaches, scalp tenderness or fever, which may indicate an inflammatory cause of vision loss.”

You should seek immediate medical attention, as TIAs are harbingers of future strokes. Below is the “FAST” guide for identifying a TIA or stroke. 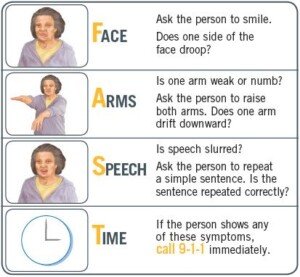 If you’ve had a TIA,  it means there’s likely a partially blocked artery leading to your brain or a clot source in the heart.

Dr. Wang has an extensive background in refractive surgery co-management and in the treatment of eye diseases such as glaucoma, diabetic retinopathy and hypertensive retinopathy.