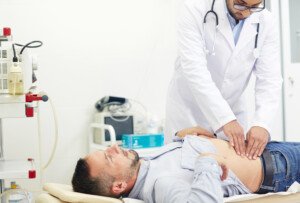 There’ve been a number of studies about the effectiveness of ultrasound for detecting gallstones, says Akram Alashari, MD, a trauma surgeon at Geisinger Medical Center in PA.

Dr. Alashari says that it’s key to recognize that “precise estimates of sensitivity and specificity are difficult to determine” because surgical confirmation of a negative sonogram is unlikely.

He cites a systematic review that showed that the sensitivity was 84 percent and specificity was 99 percent.

But this should also raise the possibility of cancer of the gallbladder.

The accuracy of a transabdominal ultrasound in detecting gallbladder disease, and whether or not it’s “missed,” is dependent on the ultrasonographer.

However, an experienced operator doesn’t mean a slam-dunk reading, because even with an experienced technician, Dr. Alashari says it’s a challenge “to determine the number or size of stones in the gallbladder,” particularly for very small stones: one to two mm in diameter. 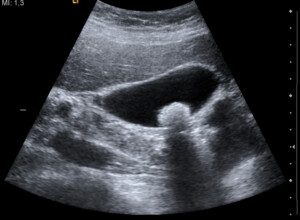 A bunch of these tiny stones together may appear as one large stone during an ultrasound.

Dr. Alashari was formerly with Grand Strand Regional Medical Center in SC as an abdominal and critical care surgeon. He is the author of “THE POWER OF PEAK STATE.”