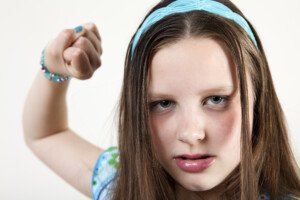 One mistake parents can make is to blow off the bullying as normal sibling rivalry.

Sibling bullying isn’t “normal” or “healthy” just because the parents experienced it with their own siblings or just because it seems to be common.

Most halfway decent parents don’t want bullying to occur among their children and will take efforts to stop it.

The problem is that many parents have the wrong approach, including failing to address the root causes—which is the secret to the cure.

What mistakes do parents make that create a fertile environment for sibling bullying?

One of the biggest factors is when the parents themselves bully one of their children.

If there’s a child in the house who’s younger than this target, chances are pretty good that this younger brother or sister is going to be the recipient of cruel treatment by that older targeted child.

Think of this as a pecking order effect. The older sibling doesn’t awaken one day thinking, “Well, Mom is always so hard on me, so that gives me the right to treat little Kassie the same way.”

Instead, the repeated cycle just naturally happens. You can say it’s learned.

But you can also say that the older child has a lot of hurt and pain inside, and needs a non-threatening dumping ground for it: the helpless younger brother or sister.

“Another often overlooked source of the older child’s anger is that when the younger child does inform the parents, they then reprimand or punish the older child, often accompanied by the castigation:

“So the older child now feels victimized by the younger sibling and their parents, and wants revenge!” says Israel (Izzy) Kalman, MS, nationally certified school psychologist; director of Bullies to Buddies and author of multiple books and publications on bullying and relationship problems.

Kids Do As You Do, Not As You Say

It’s Psychology 101. You’ve probably seen it right under your nose: A parent haranguing their child, and then the child behaving in a similar way to the younger brother or sister.

The bullying will fester if the victim is afraid to report it to the parents, or if the reporting results in the victim getting scolded and criticized.

Jack and his brother Jake get “beaten up” by their older brother Robby whenever Robby babysits them while their parents are away.

Robby threatens his brothers that if they “tell,” he’ll beat them up worse next time. This 11-year-old has more power over his eight- and seven-year-old brothers than their full-grown parents do.

The parents here see parenting as a job, not as a relationship. Though Dad is a good provider materially and Mom keeps the house in excellent condition, they’re intimidating.

Dad is emotionally disconnected from his kids, and Mom is hard on all three, but especially the oldest, approaching her motherhood duties like a drill sergeant. No wonder Jack and Jake are scared to report the bullying.

It’s a “duhhh” situation: It’s only natural that “tough” Robby heap on two younger, smaller, helpless siblings. But he wouldn’t DARE talk back to his mother because he knows she’ll slap him if he does. 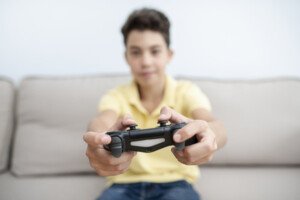 Though these forms of entertainment offer violence, a child in a healthy, stable and fair household will be able to see this entertainment for what it is: entertainment only, not something to cruelly use on a younger sister or brother.

Violent video games won’t bring out what’s already NOT placed there by a dysfunctional household. “It is easy to blame entertainment for our children’s behavior and problems,” says Kalman.

Sibling bullying is NOT rivalry or competition. And it’s not necessarily physical.

It could come in the form of relentless belittling. Words are powerful.

Kids are told to shrug it off by adults who’d never tolerate the same kind of behavior from their coworkers in the workplace!

Dr. Kalman is a psychotherapist in private practice and has treated many victims of bullying for over 20 years. He has published extensively on solutions to bullying.