Is IBS a Real Disease & Diagnosis or just Symptom Collection? 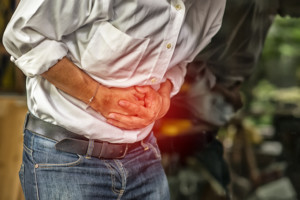 “IBS by definition is not a true disease,” says Dr. Saad Habba, MD, a board certified gastroenterologist at Overlook Medical Center in Summit, NJ.

One of Dr. Habba’s areas of interest is irritable bowel syndrome.

He continues, “The condition is a collection of symptoms that are collectively referred to as IBS.

“In fact, many physicians diagnose IBS after some preliminary workup is negative, and it is frequently used as a wastebasket diagnosis.”

If you are ever diagnosed with irritable bowel syndrome but your workup did not include a colonoscopy, this is a reg flag for a wastebasket diagnosis.

Conditions that only a colonoscopy could reveal can cause symptoms that are very similar to those of IBS, namely, microscopic colitis.

“Before diagnosing IBS, a thorough and detailed workup must be done to rule out other medical conditions.”

Dr. Habba performed a large study that demonstrated this very clearly. It showed that 98 percent of patients with irritable bowel syndrome were prematurely tagged with this diagnosis.

However, when additional detailed workup was performed, other medical conditions were exposed.

It’s vital to get the right diagnosis, even if the symptoms are identical.

For example, people with microscopic colitis are often misdiagnosed with IBS, especially if they’re young adults, because a doctor is less likely to recommend a colonoscopy for a 25-year-old complaining of diarrhea and abdominal cramps (symptoms of both irritable bowel syndrome and microscopic colitis), vs. a 50-year-old reporting the same symptoms.

However, microscopic colitis can only be diagnosed by viewing tissue samples, taken during a colonoscopy, under a microscope.

Dr. Habba says that IBS should not be used as a “catch-all” term as is frequently done. The symptoms are real alright (who can fake diarrhea, bloating and constipation?), but technically, it’s not a disease.

Dr. Habba pioneered the concept of IBS being a wastebasket diagnosis and collection of different entities rather than a true single medical condition. He’s been presented and published in 26 national and international medical journals and symposia.