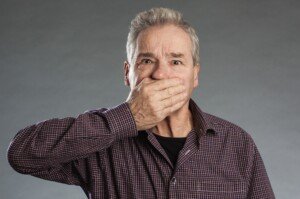 Do you find that after eating, you burp or belch a lot and it’s so embarrassing and frustrating?

Many people assume that burping during or after eating is a sign of poor table manners.

And in many cases it certainly is. Some people even see who can generate the loudest burp.

Then soon after other people will be burping, trying to outdo the previous belch.

However, there are times when what sounds like a “good” belch actually has to do more with what’s going on inside your body than a mere lack of table manners.

A Lot of Burping After Eating

It’s too simplistic to just chalk the cause of frequent burping after eating to gulping air when eating and drinking, or eating too much too quickly.

“Constant burping can be a sign that the valve at the bottom of the esophagus is weak,” says Jay Desai, MD, who specializes in colon cancer screening, upper endoscopy and consultative gastroenterology at the New York Gastroenterology Associates.

“There are certain foods and activities that have been known to weaken this muscle, including caffeine, alcohol, tobacco and being overweight.

“There are also certain diseases where the muscle at the bottom of the esophagus doesn’t function properly, such as when patients have a hernia of the stomach.” Surgery is a treatment option for hernias.

Solutions to Constant Burping after Eating

“In addition to healthy lifestyle interventions [such as exercising and healthier eating to lose weight], we recommend drinking less carbonated beverages in these situations and avoiding talking while eating to minimize the amount of air swallowed during consumption,” says Dr. Desai.