Why You Should Never Ignore a Transient Ischemic Attack! 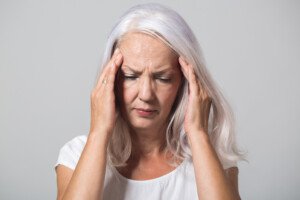 A TIA should never be ignored; this can lead to your death, even if the mini stroke lasts only seconds.

A transient ischemic attack (TIA) is also commonly called a mini stroke, but don’t let the terminology of “mini” trick you into thinking that a TIA is nothing to get overly concerned about.

If TIAs were called something like “stroke forerunners,” maybe they’d be taken more seriously by the general population.

Have you ever downplayed the seriousness of a transient ischemic attack because it’s usually called a mini-stroke or TIA? Don’t get snarled in this deceptive web.

“A TIA is a focal CNS disturbance caused by vascular events such as a micro-embolism or occlusion [blockage] leading to ischemia [deprived oxygen supply],” says Dr. David Beatty, MD, a retired general practitioner with 30+ years of experience and an instructor of general medicine for 20 years.

“They last less than 24 hours, and there is a full recovery.

“Speaking generally, if someone has a TIA it increases their stroke risk x 7 compared to the normal population.

“It shows that they have this increased tendency to form clots of platelet aggregates.

“Five to 10 percent of these arise from the heart. Other medical problems are risk factors for both TIA and stroke.” These include diabetes and high blood pressure.

“If someone has had a TIA there’s a fair chance that one of these other factors is playing a part — and a 30 second TIA needs to be referred and investigated as quickly as a 10 minute TIA.”

Serious Disability from Ignoring a TIA

A study on TIAs says that serious disability can be the outcome. The report is in the journal Stroke and also adds that often, doctors don’t take mini strokes very seriously.

The paper points out that in some cases, a doctor may not give a patient a clot busting drug because the transient ischemic attack was mild.

However, a TIA or mini stroke is a significant risk factor for future disability and needs early assessment and treatment.

Don’tn let “only a few moments” of blurred vision or feeling heavy on one side trick you into thinking “it’s nothing.”

Those who’ve had a TIA should be imaged early on, and treatment should be aggressive, says the paper.

It doesn’t matter how minor the symptoms are in a mini stroke, because if imaging detects a blockage, that is serious business. A treatment called thrombolysis can dissolve blockages.

Nearly 500 patients who had a TIA took part in the study, and 90 days after experiencing their mini stroke, 15 percent had at least one mild disability.

CAT scans showed narrowed blood vessels in the brains of some patients. Other subjects reported continued or worsening of symptoms.

Amazingly, it wasn’t until 2009 that the American Heart Association and American Stroke Association recommended swift action and complete testing for a transient ischemic attack  —  exams that can detect a blockage in brain blood vessels.

These blockages are potential gateways to a catastrophic event.

So never mind if mini stroke symptoms pass quickly, because if you have them, this means get to the ER stat to receive the proper scans.

The study warns that ignoring a transient ischemi attack can lead to death, because not getting treatment means a massive stroke may be lurking just around the corner.

A TIA is never benign. Never.