What Besides Depression Causes Pain All Over the Body? 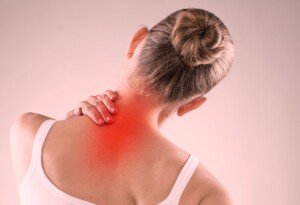 There are causes of pain throughout the body other than depression.

As you may already know, depression can cause pain all over your body, but other things too can have this effect.

“To tell if you are depressed, ask yourself the simple question: ‘Do I have many interests?’” says Jacob Teitelbaum, MD, medical director of the Fibromyalgia and Fatigue Centers nationally, and author of “From Fatigued to Fantastic!”

“If you have many interests but are frustrated because you don’t have the energy or you are in too much pain to do them, then you are likely not depressed,” continues Dr. Teitelbaum.

“In addition, people know if they are depressed. If you feel depressed, then you probably are.

“If not, then you’re not. This has actually been demonstrated in scientific research to be highly accurate.”

Have you been suffering with body-wide pain and have gone to one doctor after another seeking the cause and treatment, and instead have found yourself at a dead-end?

Or perhaps you’ve been told that it’s stress related or “all in your mind”?

First see if fibromyalgia, a pain disorder that can affect mood, can be ruled out.

Dr. Teitelbaum says there are specific exams and tests that, depending on the results, can strongly point to fibromyalgia as the primary problem.

One of these tests is called the tender point exam. Blood tests should be given that can rule out other conditions such as a thyroid problem.

Now, if fibromyalgia, thyroid problems and other “physical” conditions can definitely be ruled out as the cause of your symptoms, you may indeed be suffering from a primary depression.

Dr. Teitelbaum continues, “Increasing serotonin [a neurotransmitter], such as with antidepressants, may decrease depression, but also decreases the level of a key pain transmitter molecule called substance P.

So interestingly, where antidepressants are only modestly effective in treating mild to moderate depression, they can be very effective for treating pain.”

My mother at one point complained of pain throughout her entire body.

She also had deep depression (which was caused or aggravated by hypothyroidism).

The pain disappeared the day after she went on Cymbalta, which has been marketed extensively as an antidepressant.