How Are Fibromyalgia Symptoms Similar to Depression’s? 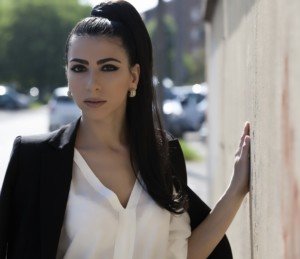 Fibromyalgia symptoms vs. depression symptoms: Just how similar are the symptoms of these conditions anyways?

After all, both cause pain, and both can cause brain fog and fatigue.

Fibromyalgia can leave a person feeling very depressed—after the fact. And it’s possible to have both these conditions, independent of each other.

“These are two very different conditions,” says Jacob Teitelbaum, MD, medical director of the Fibromyalgia and Fatigue Centers nationally, and author of “The Fatigue and Fibromyalgia Solution.”

Depression can be primary, or secondary, i.e., the result of a disabling illness. One in eight people with fibromyalgia have secondary depression, says Dr. Teitelbaum.

“But they are two separate processes, and therefore do need  to be addressed separately,” he further explains.

“The problem usually occurs when physicians mistakenly blame the fibromyalgia symptoms on depression, trying to invalidate the person’s illness.

“This is the same as telling somebody with metastatic cancer that they’re just depressed – and then trying to convince the family that the person is crazy and denying them health and disability benefits because of this. It is not only incorrect and unethical, but it is also abusive.”

Body-wide pain, sleeping difficulties, considerable exhaustion and even some compromise of mental function.

However, a diagnosis of low thyroid can easily be made or ruled out with a blood test.

Can you tell the difference between depression and fibromyalgia?

“Biochemically, they are also very different.” An example is that “cortisol levels are usually high in depression, but tend to be low in fibromyalgia.”

Cortisol is a stress hormone.

“Overall, they are very different conditions, but which may both be present in the same person.”