Why Brain Damage in CTE Worsens Decades after Athlete Retires 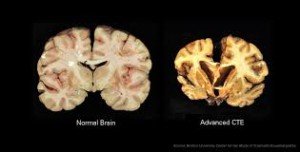 The brain damage of CTE begins during the athlete’s career, yet mental symptoms don’t start showing until years later when the athlete is much older.

CTE refers to a progressive damage to the brain that continues to occur—even after the athlete leaves his sport–and all those hits in the head–far behind.

You’d think that the most damage to the athlete’s brain would be whatever damage was present at the time of his retirement–when he may very well still be in his 20s—and that the “damage” stays at that level (provided the athlete never receives a hit in the head again).

But oddly, that’s only the beginning for some retired football players and boxers. The snowball continues rolling down that hill–it gets bigger and bigger. Why is this?

What are the answers?

“The short answer is we really do not know why,” points out neuropsychologist Kenneth Podell, PhD, FACPN, and co-director, Houston Methodist Concussion Center, concussion specialist for the Houston Texans and Houston Astros.

The focus here now isn’t why the symptoms of CTE start surfacing years after the last blow to the head. This is about why the brain damage continues getting worse.

The devastating symptoms are delayed “because cell death in the brain can take years to occur, and must reach a critical level of damage or threshold before they clinically express themselves,” notes Dr. Podell.

Why does the snowball of CTE keep getting bigger?

The concussion or slams to the athlete’s head are the primary mechanism. The snowball, so to speak, is the secondary mechanism.

“The primary damage in CTE, at least one of the thoughts,” begins Dr. Podell, “is that the head hits and concussions damage the tau proteins that act like structure bridges or a lattice that supports the microtubules (channels that transport information down the length of an axon or nerve cell) for communication with other nerve cells.”

Dr. Podell further explains, “Without the proper support and lattice, these microtubules will start to break down (secondary damage) which can take longer to occur.”

“Again this has to be proven as definitive,” says Dr. Podell. “We simply do not understand why CTE occurs and if it continues developing after the athlete retires.”

Brain injury experts believe that a genetic component just may be involved in CTE, but this doesn’t explain why this catastrophic damage keeps getting worse after the insult has ceased.

“It could be that all of the damage to the brain was done at the time of the insult and it simply takes years for it to express itself, or — that CTE itself actually worsens over time.”

Dr. Podell continues: “Or it simply can be a cascading effect [think of that snowball]. The only way to quantify CTE would be through a brain autopsy.

“Techniques are currently being developed for positron emission tomography scanners to image CTE in living people, but we are not at a point to do serial quantification.”

The progression of CTE may also be influenced by aging and genetics, but to what extent? This is not understood.

Furthermore, many retired athletes or football players with CTE are in their 40s and 50s.

Although the symptoms can be subtle at first and therefore overlooked for years, this certainly does not explain the progressive feature, given the absence of continuing concussions or serious hits to the head.

Autopsies of the Victims

Postmortem examinations of CTE patients reveal a pathological accumulation of plaques and tangles in their brains.

“We really have not advanced the science enough to know the cause of the disease course/progression of chronic traumatic encephalopathy,” says Dr. Podell.

Dr. Podell is a board certified neuropsychologist specializing in the assessment and treatment of patients who have sustained any type of brain injury or disease.