How Well Can the Deadlift Tone My Entire Body? 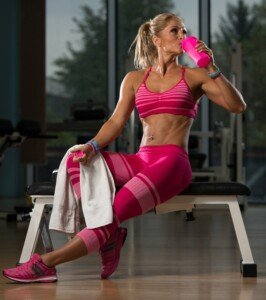 The deadlift is a divine way for women to “de-flab” their body and create firm muscle tone from head to toe; and it’s an easy exercise to learn.

First, you need to learn proper form with this “lotsa bang for your buck” compound movement.

How Do Women Do a Deadlift?

The same way a man performs this exercise. Grab a barbell that’s on the floor, bending the legs to reach it, keeping the shoulders above the hips, an arch in the lower back. 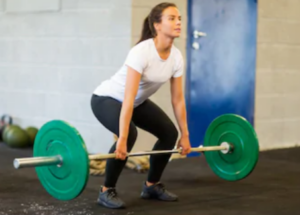 Now straighten, keeping the shoulders above the hips AT ALL TIMES, maintaining the lower back arch.

Rise until you’re erect, holding the barbell against the thighs with straight arms. Never round the back. 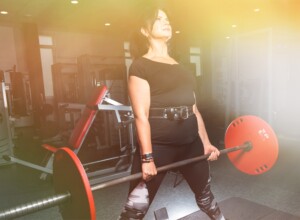 Why does the deadlift tone a woman’s entire body?

Because it works the following muscles: the upper, middle and lower back; butt, hamstrings and calves; thighs and abs; shoulders, biceps and forearms.

How Women Can Tone Entire Body with Deadlifts: How much Resistance?

Practice first with a very light barbell. I recommend an Olympic bar with no weight, because ultimately, you’ll be wanting to do deadlifts with an Olympic bar because this tool is the one in the “squat rack,” the best place to perform deadlifts.

Squat racks are located where mirrors are. Some gyms have a deadlift station, and these stations fit only an Olympic bar.

As a woman gets stronger she’ll need heavier weights, and it’s just easier to load an Olympic bar than fuss around with removing pre-fixed barbells from their station and returning them.

Women should master the deadlift form before focusing on how much weight to lift.

For women new to the deadlift, use a load that allows 20 clean, solid repetitions; see if you can do this with an unloaded Olympic bar, which is 45 pounds.

When 20 reps feel comfortable, start increasing the resistance over time so that 8-12 repetitions are difficult but not straining.

Finally, hand position in the deadlift can be palms facing you or away.

Perform this exercise twice a week with two or three days of rest in between. Do five sets with about 90 seconds in between.