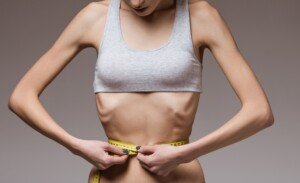 Though anorexia nervosa is an eating disorder rather than a drug or alcohol addiction, its consequences can have a profoundly negative effect on children of the patient.

Don’t assume “It’s just an eating disorder; how harmful can that be; it’s not like I’m an alcoholic.”

“In my career, I have assessed many individuals who have reported that his/her mother was anorexic or otherwise eating disordered during that individual’s childhood,” says Linda Centeno, PhD, clinical psychologist, and assistant director of the Koch Center in NJ that specializes in eating disorder treatment.

It’s a mistake to assume that this phenomenon can be explained only by a genetic inheritance.

#1. Environment plays a leading role in anorexia being “picked up” by children of the patient.

Dr. Centeno continues, “Many individuals have emphasized this historical fact as having contributed significantly to his/her own eating disorder etiology.”

Though the mother with anorexia may believe there’s no way her children would ever emulate her behavior because they have seen firsthand how she has suffered with the eating disorder, she has to realize that witnessing the negative effects isn’t always an effective deterrent.

This is why children of alcoholics often become alcoholics themselves, even though they grew up witnessing the harmful effects in their parent.

Kids’ minds are very impressionable and they may not have a good grasp on just how harmful eating disorders, especially anorexia, truly are, and may even perceive the situation as simply a benign method to achieving thinness.

#2. “Many individuals report that having been raised with such a mother led them to not know how to ‘eat normally,’” explains Dr. Centeno. 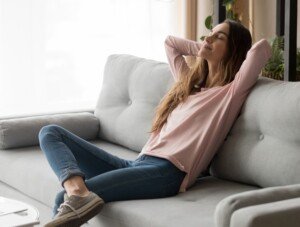 These children learned that food, or the restriction thereof, was the primary means for coping with painful emotions, continues Dr. Centeno.

Kids learn that food is a lot more than just fuel or sustenance; it’s therapy, it’s a reward, it’s punishment.

#3. Dr. Centeno offers this powerful statement: “Some (grown) children have expressed to me feeling ‘detached’ from his/her mother during childhood, ‘knowing’ that the mother’s eating disorder (or anorexia) was paramount in the mother’s life.”

In other words, in these particular cases the children have been made to feel less important than their mother’s obsession with food.

#4. Dr. Centeno says that another potential negative impact that anorexia has on kids is that some kids learn to overeat to make their mother happy.

The anorexic mother can’t have cake or even a bowl of cereal, so she may unconsciously derive satisfaction watching her kids overeat these foods  —  any foods, for that matter.

Thus, anorexia in the mother may lead to lifelong overeating in the (grown) child.

#5. “Other children report not having any ‘child-friendly’ food in the home growing up, and by having to eat those same foods that the mother ate, later developed anorexia or restrictive eating.”