What to Expect Hours after a Quintuple Bypass Surgery 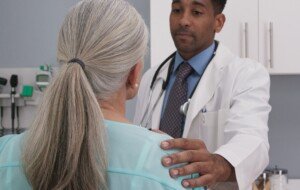 Here’s what to expect hours after quintuple bypass surgery — and it’s not pretty.

Forget what you’ve seen on TV shows; expect the patient to look hideous.

My mother underwent emergent quintuple bypass surgery; we had only two hours to digest this shocking information; about two hours lapsed between the time I learned that a heart attack was imminent, and the time that she was wheeled into the OR.

I was told that the coronary bypass surgery would take about six and a half hours (she also had a mitral valve replacement).

My mother was wheeled into the operating room at 7 pm. At 10:30 pm, at home, I received a call that everything was going well so far, and that the first incision had actually been made at 8 pm.

At 3 am the surgeon called and said my mother had been sutured up 30 minutes prior and that there had been no complications. He said that we could stop by and see her at around 9:00 or 10 am.

What to Expect Hours After a Quintuple Bypass Surgery

We arrived about 12 noon, and the nurse told us that just a half hour prior, my mother had been extubated (breathing tube from the general anesthesia removed; she had only then begun coming out of the anesthesia).

Her face was slightly swollen, eyes closed, body immobile. Both arms and legs were swollen.

She was responsive to our presence in that she began moaning upon learning we were there but did not open her eyes.

She was able to squeeze our hands. At times her eyes opened just a bit, but were not focused.

The moans didn’t sound too good, and the nurse said they were moans to signal she was in pain.

Even though my mother had been closed at 2:30 am, and it was now noon, she had, essentially just come out of the general anesthesia and thus, appeared to be very drugged and out of it.

She spoke a few unintelligible words to the nurse, that the nurse understood; a request for more pain medication.

Above my mother was a monitor, and all around it was equipment with various tubes, and tubes went into her.

Thick tubes came out from under her legs, and pink liquid was draining through the tubes into a container.

This pink liquid was coming from her lungs. Another tube was draining urine into a urine bag.

At all times a nurse was sitting in the room at a computer monitoring my mother’s vitals.

As the day wore on, my mother’s connection to what was going on around her improved slightly.

So you can expect all of that or something very similar in the hours following a quintuple (or lower CABG) bypass surgery.

She had absolutely no interest in eating, though she was taking ice chips, and drinking a little ice water through a straw.

She did not leave the bed once, even though the nurse did adjust the incline of the bed.

By evening, my mother was still out of it, but also acknowledged our presence.

How a patient responds, or their level of awareness, in the hours after quintuple bypass surgery will depend on their age.

Elderly people tend to “come out of it” more slowly and are far more likely to have delirium from the general anesthesia. (This is true for any type of major surgery.)

If your loved-one is scheduled for coronary bypass surgery, don’t expect much interaction or conversation the same day post-op; the patient (depending on age and comorbidities) will want to just sleep, or if awake, will much rather want to listen to you than interact.

Coronary bypass surgery is a major trauma to the body that requires a lot of procedures, anesthesia and other drugs, and thus, recovery from the anesthesia may take many hours, all throughout the day and evening.

• The patient’s temperature and blood pressure will be taken frequently and so will blood sugar.

• A respiratory therapist will come in at regular intervals

• The patient will be encouraged to do breathing exercises to open up the lungs; this is actually the standard for any surgery post-op, not just heart bypass surgery.

The ICU scene of post-op quintuple (or lower CABG) bypass surgery will look alarming, but remind yourself that the presence of fancy-looking equipment and an entanglement of tubes simply mean modern medicine at work.

And by the way, the hours following CABG will probably seem like minutes to the patient.