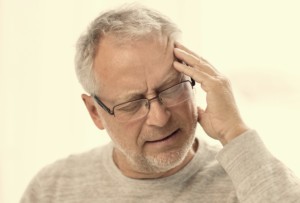 Can orthostatic hypotension be caused by coronary bypass surgery?

If you’re wondering if orthostatic hypotension can be caused by coronary bypass surgery, you’re not alone.

“Orthostatic hypotension means the blood pressure drops when going from a sitting or lying position to a standing position.  This may be accompanied by lightheadedness or dizziness.”

In some cases of orthostatic hypotension, the patient will start blacking out and even completely faint. However, an all-out fainting episode can be arrested if the patient takes a seat.

The tricky thing is that sometimes, once a fainting spell begins unfolding, the patient will not be able to self-correct the situation, and thus will fall to the floor.

This can have devastating consequences if the head takes the brunt of the fall.

Dr. Fiocco continues, “The major causes are dehydration, over-medication (too much antihypertensive med) and a poorly understood third cause felt to be related to vascular tone and/or hormone levels (thyroid/cortisol).”

Longer-out from coronary bypass surgery, when there is no longer edema (fluid retention), and the kidneys have rebounded, the patient may still be experiencing orthostatic hypotension – from dehydration.

Lingering effects of the general anesthesia, and/or the heart-lung machine that was used during the coronary bypass surgery, could temporarily alter taste, making water consumption unpleasant. 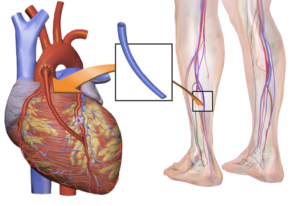 “Obviously, medication adjustments can be made by eliminating certain meds or decreasing the dose,” says Dr. Fiocco.

For instance, Lopressor (used to help heart rhythm after coronary bypass surgery) can cause low blood pressure or dizziness.

Amiodarone, another drug commonly given after coronary bypass surgery, can cause low blood pressure.

“The vascular tone/decreased hormone patients tend to be hypotensive, whether sitting or standing.

“These patients may require an IV medication to support their blood pressure while in the hospital until the vascular tone returns and/or the hormones are replaced. This may prolong the hospital stay to as long as 5-6 days.”

So just what is vascular tone?

Dr. Fiocco explains, “Everyone has a certain degree of vascular tone.  Medications to treat high blood pressure are designed to decrease vascular tone or relax the blood vessel wall which consists of, among other things, smooth muscle.

“Relax the muscle, the vessel dilates and blood pressure comes down.  Why this occurs after surgery, particularly coronary bypass, is unclear.

“Likely it is multifactorial involving general anesthesia, pain medication, exposure to various drugs in the OR and maybe most important, preoperative medications.

“Rarely, it can be caused by hypothyroidism or hypoadrenalism (lack of steroid production by the adrenal glands).”