Can Chondroitin and Glucosamine Be Taken with Antidepressants? 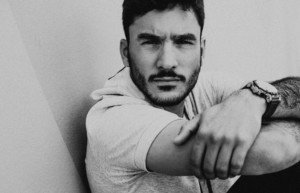 Is it safe to take glucosamine and chondroitin with antidepressants?

Are you taking an antidepressant and would like to also take chondroitin or glucosamine?

There are certain compounds that should not be taken with antidepressants  — for instance, narcotic painkillers, which can suppress the therapeutic effects of an antidepressant.

I wondered about this, and asked Joe Wegmann, psychopharmacologist and licensed clinical social worker, author of Psychopharmacology: Straight Talk on Mental Health Medications.

Wegmann explains: “Chondroitin occurs naturally in the body and is a major component of cartilage  —  connective tissue that cushions the joints.

“Some scientific studies suggest chondroitin may be effective for osteoarthritis, but others have not shown any positive effects associated with its use.

“I cannot find any contraindications associated with taking chondroitin in conjunction with antidepressants, so I would say the combination is fine.”

So if you’re on a medication such as Cymbalta, Effexor, Lexapro, Zoloft, Pristiq, Paxil or Prozac, it’s perfectly okay to take chondroitin or glucosamine; neither will suppress the actions of selective serotonin/norepinephrine reuptake inhibitor (SS/NRI) drugs.

In fact, if you’re thinking of taking narcotic painkillers while on an SS/NRI, beware:

Narcotics suppress, or depress, the central nervous system; that’s how they numb pain.

Examples of narcotics are Vicodin, Norco, Darvocet, Percocet and codeine.

Since narcotics depress the central nervous system, they will “fight” against your antidepressant.

Another point to consider:

However, it’s very possible to experience no side effects from a drug like Cymbalta, Effexor and Pristiq, and yet suffer miserable side effects from the use of a prescription narcotic, which can include depression and even mental confusion.

If you are having joint pain while being treated for depression, consider first taking chondroitin, glucosamine or aspirin/ibuprofen, since these will not interact with antidepressants.

Sometimes these work for pain, and sometimes they don’t, but there’s only one way to find out. Another effective treatment for joint pain is structured exercise.