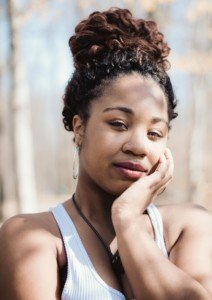 When do effects of cymbalta, effexor, paxil and zoloft kick in?

What’s the time it takes for Cymbalta, Effexor, Zoloft and Paxil to start working?

Cymbalta, Effexor, Zoloft and Paxil are commonly prescribed antidepressants, and if you’re thinking of taking an antidepressant, you’ll be wondering how long before drugs such as Effexor, Cymbalta and Zoloft take to start creating some effects against your depression.

Just how long does it usually take before antidepressants such as Effexor, Cymbalta, Paxil and Zoloft to begin taking effect?

“At least 50 percent of those who will eventually respond to the above mentioned antidepressants will begin to demonstrate improvement within one week of treatment initiation,” explains Joe Wegmann, psychopharmacologist and licensed clinical social worker, author ofPsychopharmacology: Straight Talk on Mental Health Medications.

If you are battling depression, and have tried holistic measures to relieve it, but natural treatments have failed, and the depression is debilitating, then it may be time to consider an antidepressant.

Antidepressants can do a great job in relieving symptoms of major depression, but you may not have success with the first antidepressant that you try.

You must also ask yourself if you’re truly a candidate for an antidepressant.

A person who simply feels a little down in the dumps may decide that it’s time to take an antidepressant, before trying very effective natural treatments such as rigorous (or even moderate) exercise, a change in diet, supplementation, as well as investigating possible physical causes of mental depression, such as side effects of prescription narcotics and a medical disorder like hypothyroidism.

For some people, antidepressants have been a godsend, especially for people for whom rigorous exercise (such as hormonal exercise) is not an option, or who are so depressed that they are not able to exercise, let alone attend behavior cognitive therapy sessions.

Clinical depression can literally keep a person in bed nearly 20 hours a day.

My mother had a bout with severe depression and it was a battle just to get her to SIT UP IN BED. Thus, exercise was way out of the question.

However, exercise is a great treatment modality for people with less severe forms of depression.

Though it make take a while for the effects of Cymbalta, Effexor, Zoloft and Paxil to kick in, don’t let this stop you from trying an antidepressant if all else has failed.

Wegmann continues: “Remission of mood symptoms is tougher. This may span over an 8-12 week period.

“This is due to the fact that depression is neurotoxic. Depression suppresses levels of a key neural growth hormone known as BDNF (brain-derived neurotrophic factor), leading to the eventual death of neurons in critical memory and reasoning areas of the brain, including the hippocampus and prefrontal cortex.

“Simply put, depression causes brain damage, and it takes 8-12 weeks for antidepressants, assuming they’re working for an individual, to aid in neuron re-generation and repair this neurotoxicity,” says Wegmann.