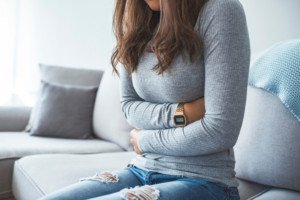 A GI doctor discusses the effectiveness of amitriptyline for IBS, how it works and possible drawbacks.

He says that amitriptyline is usually taken at bedtime and in low doses.

“Do not be alarmed; this is a different use of the drug, and in usually in a much lower dosage than what was used for depression.” 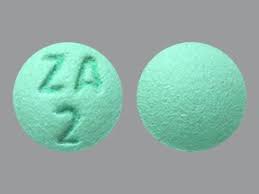 “It is a very good gastrointestinal analgesic, and it also may decrease spasm in your GI tract, which may help your symptoms.

“Like any drug, there is no drug that does not have side effects, so when one makes a decision to take any medication, one needs to weigh benefits and risks, i.e., what the risk is of taking the drug vs. the risks of not taking the drug.”

Side Effects of Amitriptyline

“The more common side effects include drowsiness, as well as possible palpitations,” says Dr. Blume.

“It should be used with caution in older people and should be avoided in patients with cardiac rhythm problems.”

Remember, IBS is a diagnosis of exclusion, meaning, you should have a colonoscopy (among other important tests) before you’re definitively diagnosed with IBS.

If you’ve been diagnosed with IBS, but it has not responded to treatment, and you have not had a colonoscopy, it’s possible that you actually have microscopic colitis.

The treatment for microscopic colitis is very different than it is for IBS, and that means no amitriptyline.