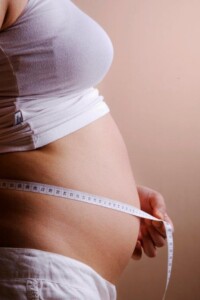 Why aren’t you able to get rid of that belly fat?

What’s preventing this? You may not be the problem. Here are 5 shocking reasons the fat stays:

Belly fat that won’t go away is frustrating to deal with and even look at, but there are reasons it continues to stick around.

Some people feel bad about their belly fat and blame themselves, even though they’ve truly tried very hard to make it go away.

It may not be your fault, so don’t feel bad. Once you understand the reasons behind the problem you may be able to finally get the kind of toned abs you’ve dreamt of.

Often, belly fat won’t go away because of cortisol.

Cortisol is the infamous stress hormone that promotes excess fat storage in the midsection.

This gives you one more reason not to let thing stress you out. Cortisol is your emergency response hormone that is part of you fight or flight instincts.

There are more cortisol receptors in the abdominal area than elsewhere.  You might be shocked to learn that cortisol will actually extract fat from other parts of your body and deposit it into your midsection.

It could be a hernia, and not just belly fat that won’t go away.

Hernia can easily be mistaken for belly fat, especially if there aren’t any other symptoms. While some suffer pain from their hernia, it’s not uncommon for the condition to be painless.

Hernia is actually a protrusion of an organ through the lining that would normally contain it. While hernia in men is most commonly talked about, women can get abdominal hernia too.

High insulin can make fat in the stomach stubborn.

The main purpose of insulin is to take blood sugar and store it as fat. Producing too much insulin can cause a person to be overweight, or at least have a flabby looking midsection.

While some would argue that they’ve reduced their sugar intake for the sake of dieting, remember that there are many healthy foods that contain natural sugars, or have elements that convert into sugar during the digestive process.

Genetics can cause the retention of fat in the abdomen.

Genetics should not be used as an excuse, but it is the reason why some people have a hard time getting rid of belly fat. It’s really all about the fat distribution.

Those who inherited an apple-shaped body will have a harder time slimming down their midsection.

Menopause is often why belly fat won’t go away in women.

Fat caused by hormones can prove to be the hardest to get rid of.

The hormonal imbalance of estrogen during menopause results in increased amounts of belly girth.

While there may be some very shocking reasons you can’t seem to get rid of the belly fat, they only serve to make it stubborn, not permanent.