Why Some Tall Teen Girls Can’t Get Boyfriends 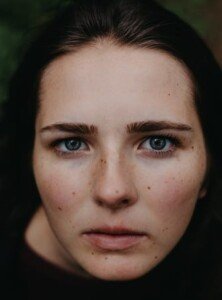 Tall teen girls who can’t get dates, according to “tall quotes,” (tall teen girls frequent the site at tallwomen.org.) and blame their height.

But I venture to say that many demographics of teen girls, regardless of height, can’t get dates.

In fact, many teen girls, who can’t get dates, have no idea why. Other teen girls are convinced it’s because of some outstanding physical feature, ranging from being tall, to being short, too skinny, too heavy, skin too dark, too many freckles, hair too frizzy, ears or nose too big, you name it.

True, if a teen girl looks like a gargoyle, it’s not likely she’ll be asked to the dance floor.

But when a teen girl is repeatedly passed up by one boy after another, and boys don’t seem to have an interest in her, but seem a lot more interested in her friends, she has to ask herself what it is about her that turns boys away.

And maybe it’s height in SOME cases, and only if she’s abnormally tall, like 6-2. But I also have to believe that some boys would think it’s cool to dance with such a tall girl or even date her.

On the “tall quotes” page, the tall teens who blame their height are often 5-10 or 5-11, even though many teen boys are at least this tall or even taller.

When a 5-10 or 5-11 teen girl can’t get boys interested in her, I’m inclined to believe the reason has nothing to do with height, and everything to do with lack of self-confidence.

Think about it: A teen girl who blames lack of romance on her height is almost certainly going to slouch around boys.

She’s going to stand and walk with bent legs, and lean into things in an attempt to conceal her height.

There’s nothing attractive about this, and boys know that.

A boy with a good head on his shoulders will not be drawn to a girl who exudes discomfort with her body, and who exhibits awkward posture and oddball gaits in an attempt to hide height.

It is so very obvious when a girl is ashamed of her height. Why would a boy be drawn to such a girl?

Boys don’t know what to make of such zero self-confidence, and it puts them on the spot and makes them feel awkward.

Remember, they’re teens, too, and aren’t ready to handle being around someone who can’t accept themselves.

So if you’re a teen girl who thinks your height stands in the way of getting boyfriends, you may want to rethink this theory of yours, and start examining the very potent effect that self-confidence  —  or lack thereof  —  has on creating impressions towards boys.