When It Comes to Bullying Among Kids, Size DOESN’T Matter 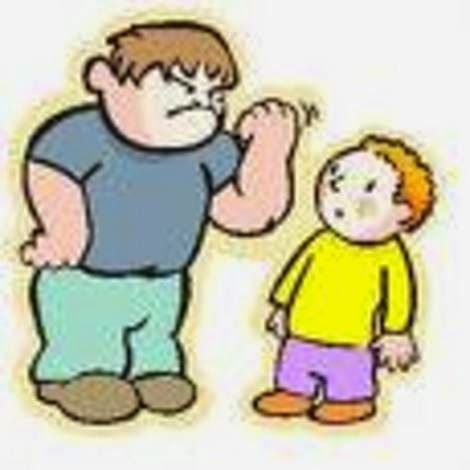 It’s actually often the case that a bully is much smaller than the victim.

You’ve probably witnessed this growing up: The meanest bully is far from being the biggest kid in the grade or even classroom.

I consulted with two experts on bullying for this article, but I’m pretty confident that anyone reading this has already witnessed childhood bullying situations in which the victim was the bigger of the two.

This phenomenon occurs in adults all the time—in which the victim is bigger—so why wouldn’t it also be prevalent among school kids?

Though it’s easier for one to be a cyber bully since they are safe behind a computer screen and don’t have to worry about getting punched by the victim, it still stands even today that often, the bully has enough fire inside that it’s not required for their targets to be smaller.

“Bullying is becoming more of a mental game than a physical one with multiple ways in which a bully can ridicule or induce a feeling of powerlessness within a victim,” says Kyle Gillett, Ph.D., LMFT, Executive Director and Founder of Solstice East and Asheville Academy for Girls.

He leads groups and conferences on bullying, helping not only victims but also the bullies.

But as far as face-to-face bullying, it’s “truly a myth” that the mean kid is usually bigger, heavier and/or taller, says Tara Fishler, a conflict resolution specialist and founder of Customized Training Solutions in New York which provides conflict resolution, training and strategic management services.

“Once when I taught a parent workshop, I used clip art of a bigger child punching a smaller child,” says Fishler.

“A parent came up to me and asked me not to use that in the future. Her son was a big kid and it seemed people assumed he was a bully, but from her perspective, he was a sweet kid who was often the target, not the perpetrator.

“I never used that image again.  It is not a child’s size that matters; it is the authority they project.”

There’s nothing inherent in a big body that increases the propensity for becoming mean. What drives a child to become a bully are the circumstances at home, not the size of his body.

A small child with enough anger or learned-aggression in him can always find a vulnerable, non-assertive classmate to heap on, and vulnerable, defenseless kids come in all sizes—including extra large and extra tall.

In junior high school and high school I witnessed incidents involving bullies who were a lot smaller than their targets.

“While there isn’t a universally accepted definition of bullying, the best way I can describe it is some type of aggressive behavior (physical, emotional, social, etc.) from one individual or a group of individuals with the intent to harm (physically, emotionally, socially, etc.) in which a power differential is present,” explains Dr. Gillet.

“This power differential can take many forms—including physical (bigger or stronger), intellectual (smarter or more savvy), social (more “popular” or accepted), or could even represent a power differential in numbers (a group of kids bullying one single child).

“So, again, size is only one example of power differential that can be present in a bully.”