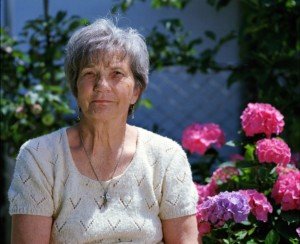 If you have a mild heart attack but no surgical treatment, how long will you survive?

“If we suspect a silent MI (based on ECG, echocardiogram or stress test results), patients are immediately targeted for secondary prevention and are placed on an aggressive regimen including cholesterol lowering medication, aspirin and usually anti-hypertensives.”

I’ve always wondered about this because a man I used to work with in an office one day was absent. I later learned he had a “mild heart attack.”

He was 47 and a few days later was back at work. He had been driving when he felt chest pain and drove himself to the ER.

He’d had no bypass surgery, no stent. The only difference was that he was bringing grapefruits to work and saying how his heart needed the “roughage” of the fruit.

So this begs the question:

If someone has a mild heart attack but no surgical treatment, how long can they be expected to live?

Seems to me that if nothing is done (either surgically or major lifestyle changes), a major heart attack will surely occur.

Dr. Stevens-Cohen explains, “It may have to do with the wording. Sometimes, the blood tests (positive troponins) can be positive, but when you perform an angiogram or a stress test, there is no damage, area of ischemia or significant blockage.”

Troponins are enzymes that damaged heart muscle release, so when someone has a heart attack, these proteins WILL be released and show as elevated in the blood test. Ischemia refers to oxygen supply being cut off.

But back to the “mild heart attack”…

“Some physicians may word this type of event as a mild heart attack (almost comparable to the phrase chemical pregnancy),” says Dr. Stevens-Cohen.

“We see a change in the blood levels but no evidence of pregnancy and then the patient gets their period.

“If we don’t see anything of significance on the angiogram or stress test, a physician may opt for medical management.

“I would assume that a statin and baby aspirin would be indicated and you observe the patient.  But lifestyle changes should also be a part of that conversation.

“In order for a CABG [bypass surgery] to be successful, there must be an area on the native coronary vessel that makes for a good target (a good bypass target).

“With diffuse disease, sometimes, there is no target to drop the bypass graft, and evidence shows us these grafts fail.

“Surgeons look at cath images to decide on targets, and if they don’t see a good one, they usually leave the vessel alone.”

One of the greatest things you can do to avoid a major and mild heart attack is to eliminate processed foods. Think this is impossible?

Processed foods are an invention of modern man. What do you think people were eating before canning factories and food manufacturing plants were invented?

Dr. Stevens-Cohen is board certified in cardiology, nuclear cardiology, echocardiography and internal medicine.