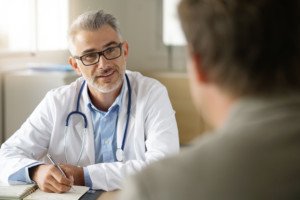 Just because your carotid arteries are “clean” doesn’t mean you don’t have severe blockages in your coronary vessels.

I was inspired to write this article after my father underwent an exam to see if there were blockages in his carotid arteries.

He underwent the exam twice because he had fallen at home but had no memory of the incident, nor was there a mechanical explanation for it.

The purpose of the carotid ultrasound was to see if there was enough plaque buildup in these arteries, which carry blood to the brain, to put my father at risk for a transient ischemic attack, which can cause a person to fall and sustain a concussion, which my father had.

A transient ischemic attack (TIA) is when a blood clot cuts off blood flow through a vessel in the brain.

These “mini strokes” can cause symptoms such as sudden slurred speech, facial paralysis, clumsiness and loss of motor control.

Both vessels (located in the neck) were deemed normal; there was no concerning level of plaque buildup in his carotid arteries.

Can the carotids be clear in the presence of severe heart disease?

If an ultrasound shows you have “clean” carotids, do NOT assume this means your coronary arteries are also clean or don’t have severe plaque buildup!

My father’s calcium score three years ago came in at 1195!

A calcium score of over 450 means that a patient has a strong likelihood of severe coronary heart disease, especially if they have strong risk factors for such, which my father does.

Since 1992 Dr. Reynolds has practiced clinical cardiology at ColumbiaDoctors Medical Group, one of the largest multi-specialty practices in New York State.