Can Class 2 Heart Murmur Go Away on Its Own? 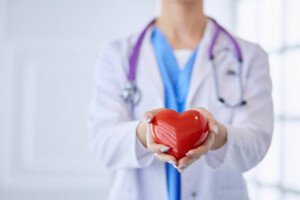 Have you been diagnosed with a class II heart murmur and are scared?

In June 2011 a cardiologist told me I had a class II heart murmur on inspiration (inhaling).

It was not something he brushed aside and he wanted to find out what was causing it.

The reason I was seeing a cardiologist in the first place was for a routine heart disease screening, and to also discuss results of my calcium score test (zero).

The stethoscope picked up the class II heart murmur.

A heart murmur is simply a distinct sound that the doctor hears via stethoscope.

Many are benign, but some can signal a condition. My subsequent echocardiogram was normal.

I then had a magnetic resonance angiogram because my doctor’s colleague suggested the possibility of a congenital pulmonary stenosis.

If it turned out that indeed I had this, then it would have to be “watched,” and I’d have to have periodic imaging to follow it.

I had no symptoms, but my doctor said that as one gets older, their pulmonary stenosis — if they have it — “becomes more relevant.”

The MRA took about an hour. When the MRA result came back normal, the doctor attributed the class II heart murmur to “robust cardiac flow” from my workouts.

Two years later I saw him for another routine checkup (just because you’re symptom-free and are at low risk for coronary artery disease, doesn’t mean you shouldn’t get routine checkups).

The class II heart murmur was GONE. In fact, the doctor said, “You now have the quietest heart murmur in the world.”

He didn’t know why the heart murmur went away. I had not stopped exercising in the preceding two years.

He did not rule out that “white coat syndrome” during the first visit may have caused it.

That’s when a person’s pulse changes due to the anxiety of being examined by a doctor.