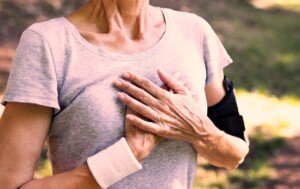 If you think that your recent struggle with inhaling or taking breaths was your first bout with exercise-induced asthma, you may actually have an entirely different condition: vocal cord dysfunction (or disorder).

Symptoms between these two are so alike, in fact, that many athletes or workout enthusiasts are misdiagnosed with exercise-induced asthma, when in fact, they’ve been having bouts of vocal cord disorder.

However, this doesn’t mean you can’t, by coincidence, have BOTH conditions—which makes proper diagnosis even more tricky.

Asthma inhalers are useless for this condition, which is managed by several approaches such as Botox injections, biofeedback and vocal cord retraining therapy.

Vocal cord disorder can occur during or right after exercise, but can be triggered also by emotional stress.

It can be caused by environmental irritants that one gulps in during the heavy breathing of exercise. The vocal cords constrict and obstruct the air flow to the lungs, making inhalation labored.

Another symptom of vocal cord dysfunction, besides difficulty breathing in, is coughing—not necessarily a hacking type of cough.

It can be a sudden cough, like something is suddenly deep in the throat. The cough may immediately precipitate the trouble breathing.

Diagnosis of vocal cord dysfunction, post-exercise, can be made with a flexible fiberoptic laryngoscope.

Vocal cord disorder and exercise-induced asthma both can cause a whistling or “respiratory sound” upon inhaling, and diagnosis cannot be made based on what the “wheezing” of one condition sounds like compared to the other.

She adds that up to “40 percent of people with asthma also have PVFMD — so it’s typical for an athlete to get the asthma diagnosed correctly, but not the vocal cord dysfunction.”

Though frightening, vocal cord dysfunction will not typically cause a person to pass out or suffocate.