An Ultrasound Can Miss a DVT (Deep Vein Thrombosis) ? 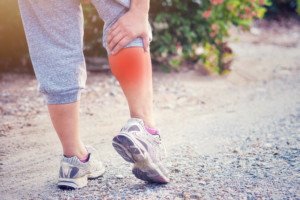 It’s very true that an ultrasound can actually miss a DVT, but other tests are more definitive.

Staci Stringer’s DVT was missed by an ultrasound.

In September 2010, she experienced a deep vein thrombosis and pulmonary embolism.

When the DVT developed, Stringer was on birth control, but she also has lupus anticoagulant syndrome and rheumatoid/psoriatic arthritis.

“It started as a pain in my leg, and after a week I went to the ER and had an ultrasound; they said it was nothing,” says Stringer on her site.

“The following Monday I was admitted to the ER with a PE,” which had caused chest pain.

“After a week or so the PE cut off blood flow to a portion of my lung which caused a pulmonary infarction.”

Another way of saying this is a “heart attack in the lung,” in that oxygen was cut off by the blood clots to the lung tissue, permanently damaging it.

“I started to feel the symptoms of a DVT in my right calf,” says Stringer’s account. “It was swollen, extremely painful, hard to walk. I ignored the symptoms because I figured it was just arthritis pain.”

She continues: “I spoke with my general practitioner after a week and she told me to go to the ER for an ultrasound.”

Ultrasound is a standard diagnostic tool for DVTs.

“The technician thought he saw something but sent me home. I started to get a fever; my calf became so stiff I couldn’t walk.

“I walked up two flights of stairs to my apartment and was so out of breath I was grasping for air for 10 minutes.

“Next day I walked up the stairs to my office and I was so out of breath I fainted. I was admitted to the ER. After the CT scan they found a pulmonary embolism.”

How does an ultrasound miss a DVT? 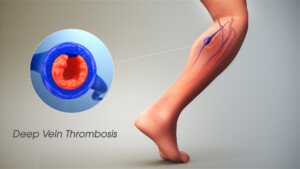 To detect a DVT, the ultrasound involves compression of the blood vessel wall.

A probe is used and if it slides off the vessel wall, a false-negative finding can result.

If you believe an ultrasound has missed a DVT, request a color flow venous duplex scan.

This should be of the vessels close to your pelvis as well as extending down to the foot. A CAT scan or MRI can also be done.

“The doctors weren’t sure if it was my birth control, my arthritis flare that caused the DVT,” says Stringer, “but I later found out I have lupus anticoagulant syndrome. I’m on warfarin for life.”