Causes of Nausea When Working Out in Well-Fed Athletes 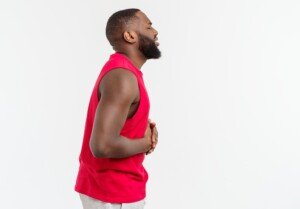 There are several possible causes of nausea that occurs when you work out.

Are you troubled by the onset of nausea every time, or almost every time, you put in a good hard workout?

And I don’t necessarily mean after the training session, but during.

As a former personal trainer, I’ve had more than one client get “sick” during the course of a training session.

I can immediately recall three clients who got nauseated—two during the workout, and one immediately after.

All three were de-conditioned, and I worked them pretty hard. One of them appeared to be under-nourished (underweight).

The intuitive explanation, then, for why a person suffers nausea during a workout is that they are undernourished, dehydrated and/or out of shape.

But what about fitter, well-fed, hydrated individuals?

“The causes of nausea while working out are likely similar to that of reflux in athletes,” says Steven Fleisher, MD, a gastroenterologist in Rosedale, Maryland, with 20+ years of experience.

“These include decreased emptying of the stomach due to diversion of blood flow away from the digestive system to the muscles.

“This may also affect contractions of the digestive system in general (dysmotility).

“Interestingly, it does not appear that stomach acidity is affected by exercise.

“However, increase in bile acids that can irritate the stomach and cause nausea have been reported.”

Dr. Fleisher was named a 2015-2018 “Top Doc” by Baltimore Magazine for gastroenterology.