Can Mental Stress Cause Microscopic Colitis? 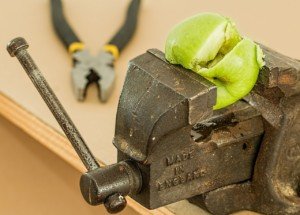 Let’s take a close look at whether or not mental stress can actually trigger a bout with microscopic colitis.

To find out if stress of the mental kind can cause microscopic colitis, I consulted with John E. Pandolfino, MD, Director of the Esophageal Center, Northwestern Memorial Hospital, and Associate Professor, Division of Gastroenterology at Northwestern University.

In 2010 and out of the blue (seemingly), I developed microscopic colitis (diagnosed via colonoscopy). Never before had I ever had any GI problems.

“The cause of microscopic colitis is unknown,” says Dr. Pandolfino. “However, it is associated with many different medications, such as NSAIDS and proton pump inhibitors.”

Dr. Pandolfino continues, “There is also an idiopathic form which means we are not sure what is causing the microscopic colitis — and it may be related to an autoimmune process or a hard to detect infection.”

Maybe this was why I developed MC, but to this day, I stand firm in my layperson’s conviction that it is NO coincidence that six and a half weeks prior to this condition, I received devastating news that turned my life upside down, and for the next six and a half weeks, lived in a state of extreme anxiety and stress unlike anything I’d ever experienced.

I also knew, though I was in denial, that there would be no resolution to the tumultuous circumstance that began six and a half weeks earlier.

So I have to always wonder if the emotional distress jangled things up in my GI tract, since emotions and GI function are intimately linked.

Dr. Pandolfino says, “Stress can make symptoms of microscopic colitis worse, as it can cause an IBS-like pattern on top of the MC and thus, stress reduction may help improve all GI symptoms.”

I did not have pre-existing microscopic colitis. The sudden-onset, watery and painless diarrhea had a very distinct appearance.

Plus, when my stools were more-formed during this time, they took on a strange appearance that I’d never before seen, not to mention that throughout the night, I’d feel “churning” in my stomach and was parched.

And I’d have diarrhea soon after eating many meals; it was as though what went in, was now suddenly coming out in the form of creepy looking stools. (The upside? I knew that two killer brownies at one sitting would go right through me.)

Where did all of this come from? Stress?

Microscopic colitis has not received much research attention because it’s benign and not too common.

It’s really not known just how much of a role that stress plays with microscopic colitis.

There have been a small number of studies seeking a connection between mental stress and microscopic colitis, and these have not shown a correlation.

The closure to the very stressful event in my life occurred two days before my colonoscopy.

Because my mind was all messed up due to the stress, I couldn’t shake the possibility of colon cancer as the cause of “something going on in my intestines.”

So between dealing with the mental stress and fear of colon cancer, I developed a second issue: a continuous cough.

Every several minutes I had to cough. Plus, speaking after being silent would trigger the coughing.

At the conclusion of the colonoscopy, the doctor said everything looked normal (MC was later confirmed from the tissue sample he had extracted). Upon sitting up in the exam room, I realized that the cough had outright disappeared.

Over the next 5-6 weeks, the signs of microscopic colitis dissipated and have never returned.

So, can mental stress cause microscopic colitis? A definitive answer to this question has yet to be determined.