Why Is There Blood in Cervical Mucus after Period Ends? 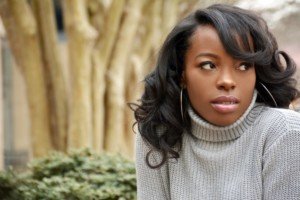 An OB/GYN explains reasons for blood in cervical mucus after menstruation is over.

Have you noticed blood in your cervical mucus even though your period has ended?

Perhaps you’ve noticed the blood in the cervical mucus on Day 8 or 9 of your menstrual cycle, or even on Day 11 or 12.

This can be scary, wiping yourself and looking at the mucus on the tissue paper, and seeing a red tinge to it.

When blood appears in cervical mucus, it either gives the mucus a pinkish tinge, or, the tinge can be pinkish-brown, or light brown.

Sometimes, blood in cervical mucus can present as a thin red streak or red hair-thin strand.

So to see blood in there, when your period has ended, can be unsettling – unless you know what’s really going on.

For this article questions were addressed by Dr. Christine E. O’Connor, MD, an OB/GYN with the Weinberg Center for Women’s Health and Medicine at Mercy, Baltimore, Maryland.

If you’ve never been concerned about trying to get pregnant, chances are that you do not know that red, pink or brown in the cervical mucus is a sign of fertility.

When a new egg is released by the ovary, the process can cause a minute amount of blood leakage that makes its way to the cervix, and then gets picked up by expelled cervical mucus.

This is called mid-cycle spotting, and women who are trying to get pregnant, who have studied up on the subject, welcome this fertility sign.

Two other causes for cervical mucus that has red, pink or brown in it is leftover, residual blood from your last period.

And also when a fertilized egg implants itself into the uterus – you are pregnant, and with this implantation spotting, the blood can end up in the cervical mucus.

But can other things explain when cervical mucus has a reddish, pink or brownish tinge?

This article is about blood in the cervical mucus, rather than general spotting or bleeding in between periods.

Spotting or bleeding in between periods doesn’t necessarily occur with the expulsion of cervical mucus.

For example, a symptom of uterine cancer is bleeding in between periods, but this blood can find its way through the cervix and onto toilet tissue in the absence of cervical mucus. 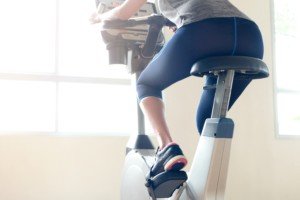 Pressure on the anus and vagina. Shutterstock/Seasontime

This appears as tiny bright red specks or red hairline streaks (the brightness indicates it’s fresh), and there may not even be any sign of cervical mucus with it.

Blood in between periods can also signal a problem with the gastrointestinal tract.

But what about blood specifically in the cervical mucus, after your period has ended?

Can anything else cause it besides the already-mentioned?

Dr. O’Connor: Absolutely! This can be caused by hormonal fluctuations (i.e., from stress and weight changes), breakthrough bleeding if on hormonal birth control, any change in medications or over the counter supplements.

Any spotting or pinkish/brownish tinge in the cervical mucus that is new or a change from what has been previously noted is worth discussing with a gynecologist to determine if it is normal or may need additional attention.

Concerning blood specifically coming out with the cervical mucus, after a period has ended (Day 8-12 or 13), can this be caused by factors other than: a new egg released; implantation of fertilized egg; and residual blood from the ended period?

Residual menstrual blood would be seen just after a period ends. An implantation bleed would cause bleeding just before or when the next cycle would be due. Mid-cycle would be the timing for ovulation related spotting.

But again, especially if there is no predictable pattern or a change from what is normally noticed, there are many other potential causes.

Regarding blood in the CM that’s from, specifically, a newly released egg…can this blood appear in the CM two or three days in a row, or is it almost always a one-day thing?

Blood seen from ovulation is rare, usually a very small amount and for a very short amount of time.

For women who notice this phenomenon, the bleeding around ovulation or mid-cycle is thought to be due to the fall in estrogen levels that occurs just before ovulation.

Once ovulation occurs, the estrogen and progesterone levels rise again quickly to stabilize the endometrium and ready it for a possible fertilized egg.

What if a woman has ovulation spotting (blood in cervical mucus) on Day 12, can subsequent high levels of stress trip up the cycle such that, instead of her period beginning 14 days later, it begins much later (a very late period caused by stress)?

Menstruation always occurs 14 days after ovulation.  That is actually the only predictable part of a cycle.

Note: Some women, however, report that their menstruation occurs more than 14 days after ovulation.