Two Menstrual Periods Back to Back, Right in a Row 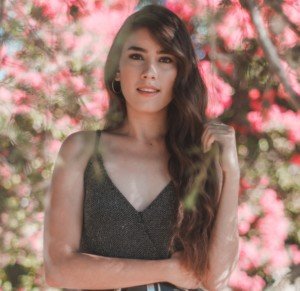 Ever had one menstrual period right after the other—so just as one period ends, the next one begins?

This phenomenon is characterized by about 10 or so consecutive days of bleeding.

The only thing really crazy is that these two periods are back to back.

This once happened to me, and I want to assure you that nothing ever came of it. It happened years ago.

I had my typical period, which includes cramping a few days before real flowing. Prior to real flowing was spotting.

So for this first of the two cycles, I had cramps the first three days and the flowing peaked. Then the bleeding began tapering off.

Just when I thought that this period was over, I began feeling cramps.

Cramps at the end of a period had never before occurred, and I thought this was really strange.

Why was I having cramps at the end – like day 6 or 7, which normally just consisted of brownish-red spotting (residual blood)?

The spotting then began morphing into a pinkish tan, resembling the spotting at the front-end of a menstrual cycle.

And each day after the first period apparently ended, I continued to spot…more and more, until it dawned on me: I’m having another period!

The cramping kicked up and so did the bleeding. The flowing was now like a normal period, and I had to replace my panty liners with maxi pads.

A second period…two smack in a row, back to back! How odd was THAT?

This incident of back to back periods happened only once in my entire life. I’m now postmenopausal.

Back to Back Periods vs. Prolonged Menstrual Bleeding

These two issues are not to be confused. Two periods in a row without any “rest” in between is not the same event as is a single period in which the bleeding is prolonged.

In my case, the first period began with the typical spotting and then escalating amount of blood, peaking on the first and second day.

Then the flow began dwindling on day 3, getting less and less by day 5. And of course, the cramping tapered off early on.

But then things started kicking up again, and the backend spotting morphed to the appearance of frontend spotting, which escalated to full-blown bleeding in the same timeline as any of my typical menstrual cycles.

So there were clearly two cycles here.

Causes of Prolonged Bleeding in a Single Menstrual Cycle

Prolonged bleeding of a single period is a different issue.

“There are multiple possible causes for prolonged bleeding with menses,” says Lindsay Appel, MD, an OB-GYN with the Family Childbirth & Children’s Center at Mercy Medical Center in Baltimore.

“Sometimes, hormonal imbalances can cause anovulation which can lead to irregular episodes of bleeding. In addition, thyroid abnormalities can also impact the menstrual cycle.

“Structural abnormalities of the uterus and endometrium (the lining of the uterus) can also contribute to prolonged bleeding.

“These include uterine fibroids, endometrial polyps or endometrial hyperplasia which is an overgrowth of the endometrium and can lead to endometrial cancer.”

If you can’t tell if you’ve had a prolonged cycle vs. two back to back periods, make an appointment with your gynecologist.