Mucus in Stools from Colon Cancer vs. Normal Mucus 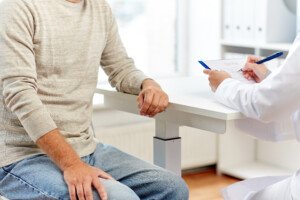 Mucus in your poops is normal, but colon cancer can cause mucus in your stools. Is there a way to tell the difference?

Have you been noticing mucus in your stools? Have you always seen it from time to time and wonder if this time, it might be from colon cancer—especially if you’ve been having other worrisome symptoms such as abdominal pain or constipation? Perhaps you’ve been noticing more mucus than usual.

“Mucus is produced throughout the gastrointestinal tract, and is a slimy coating that protects the intestinal lining from the self-digestion of gastric and intestinal enzymes, gastric hydrochloric acid, sodium bicarbonate and bile acids,” begins Joseph Weiss, MD, board certified gastroenterologist and clinical professor of medicine at the Medical School, University of California, San Diego.

“It also protects the intestinal lining from the trillions of microscopic life forms (bacteria, virus, fungi, protist, archaea, parasites) that reside in the bowel, collectively known as the gut microbiome,” continues Dr. Weiss.

“These microbes are very active and play an important part of the gastrointestinal function of digestion, metabolism and absorption.

“Mucus includes glycoproteins called mucins, of which there are at least 50 different types produced by a variety of glandular cells.

“The mucus producing cells are generally described by the prefix adeno– which means gland in Ancient Greek.

“A goblet cell is a major type of mucus producing cell which has its name because of its appearance under the microscope.

“In general, the mucus in the colon tends to be thicker and more viscous than in the small intestine.

“Cancer of the colon most frequently arises in these glandular cells, and is therefore given the name adenocarcinoma.”

Studying Your Mucus in the Bathroom

So you see the slimy coating in the clump of stool matter in the toilet water. You lean closer to get a better look.

If your anxiety is high enough, you might be tempted to scoop a sample onto a white paper plate for contrast and place it under a good light.

“About 10 percent of adenocarcinoma of the colon produce very excessive amounts of mucus, that is discharged with a bowel movement.

“These cancers are given the term mucinous adenocarcinoma.”

“Excess mucus may also be seen with colon infection, inflammation, irritation, parasites, radiation, and in a certain type of colon polyps called a villous adenoma.

“Excess mucus in the stool does require evaluation, and should be undertaken early for the best prognosis of the underlying condition of any cause.

“While the specific proteins in the mucus may differ between cancer mucus and normal mucus, this is not identifiable without laboratory analysis.”

In other words, you cannot tell—regardless of excellent lighting conditions or how detail-oriented you are—what is causing any mucus you see on your stools.

It’s not as though mucus from colon cancer is a different shade of grey than from a benign cause.

It’s also not as though it’s thicker than that from a benign cause. As far as the naked eye is concerned, mucus is mucus is mucus.

Dr. Weiss continues, “Normally you would not see any mucus on or in the stool or toilet bowl.”

However, periodically you may see some slimy gunk coating your poops. If you’ve never seen this before, it doesn’t mean it’s never happened before.

It may simply mean that it hasn’t been occurring frequently enough for you to have ever noticed it before.

For people who begin a habit of inspecting their bowel movements, it may be a while before—by chance—a BM has noticeable mucus with it.

This can then cause anxiety in someone who’s never seen it before.

This is why it’s important to get to know your poops, so that you know what’s normal.

And what’s normal may be an only occasional visible coating of mucus over many months of habitual examining.

Making a super strong case for a benign cause is the absence of other gut-related symptoms over many months, plus a negative colonoscopy!

If you’re at least 45 and haven’t scheduled a screening colonoscopy, do not put this off.

“If the pathology is in the proximal [further up from the anus] colon it [mucus] would be hidden and mixed in with the stool,” says Dr. Weiss.

“The closer the source is to the rectum the more likely it will be coating the surface of the stool.

“When discharge is primarily mucus with small amounts or fragments of stool, then there is something wrong, but inflammatory bowel disease, infection, irritation from radiation, ischemia from diminished blood flow supplying the colon, are possibilities, and are the cause about 90% of the time.” 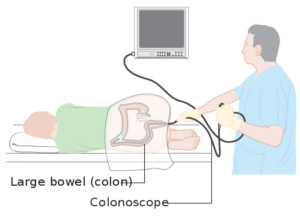 Dr. Weiss is the author of Got Guts! A Guide to Prevent and Beat Colon Cancer. He has also presented numerous presentations on various health topics.