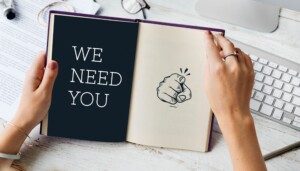 According to Gallup, employee turnover costs businesses $1 trillion and is fixable.

In addition to the cost of hiring a new employee, there is a loss of knowledge, productivity and relationships as well as potential morale issues.

There are many things a company can and should do to keep their employees engaged and satisfied to retain them. One is a renewed emphasis on DEI programs.

DEI stands for Diversity, Equity and Inclusion. Some take it one step farther and add a B which stands for Belonging.

Diversity is beneficial in bringing in new perspectives and reducing bias in treating differences in people equally.

Equity is about giving people what they need to be successful. This goes a long way to retaining employees, and coupled with inclusion you have a powerful combination.

Inclusion is the actions taken by the company and employees to foster an inclusive environment.

Belonging takes it one step further where employees feel at ease to be themselves. This is a key to having a strong company culture.

An employee who has what they need to be successful, and a feeling of belonging, is less likely to leave — especially when you consider this is a level most other companies do not achieve.

In the 1990s and early 2000s I worked for two Fortune 100 companies. While they did not have DEI programs per se, the first created a culture very much aligned with the objectives of DEI.

Even though the company was large it felt like a family. The second did not value people, and culturally, the difference was stark.

No effort was made for inclusion, and diversity was largely non-existent.

DEI programs can help immensely for those with disabilities. I am autistic, and in society we generally do not achieve the level of belonging.

We are largely excluded, and inclusion can seem like a dream.

In terms of turnover, autistic employees have lower turnover rates. We also tend to be more productive.

Sadly, it is reported that autistic unemployment rates are as high as 85%.

This is due in part to many Autistics not being hired in the first place. We don’t survive the hiring process.

The way we are wired tends to set off alarm bells in neurotypicals.

First impressions count a lot in interviews, and many of us are viewed negatively with a lack of eye contact or other “awkwardness.”

A good DEI problem would solve for this. Autism is considered a disability and protected by the ADA (Americans with Disabilities Act) to prevent against job application discrimination when qualified.

And yet, discrimination is the norm. I’ve met with dozens of Autistics to talk about their experiences in the hiring process as well as hundreds more on social media.

Most do not disclose they are autistic since they have been met with interviews being cancelled or interviews cut short. This is the opposite of inclusion.

Equity is about getting what we need to be successful. In disclosing what we need, such as simple accommodations like getting the questions ahead of time, we are largely met with discrimination.

Commonly, it’s, “That wouldn’t be fair to the other applicants.”

Well, that’s an equality argument, not equity. This contributes to the 85% unemployment number.

Organizations have a choice to do the right thing. They can be inclusive to create a sense of belonging. It’s in their financial interest.

It’s also in their interest in driving productivity and innovation. Autistic folks tend to be very good here as well as in creativity, depending on the person.

The hiring process and how employees are treated is a choice. With progress and new generations of people entering the workplace I am hopeful DEI programs will continue and begin to include autistic folks.

Peter Mann is the Founder and CEO of Oransi, a leading manufacturer of air filtration and ventilation products. Diagnosed autistic in adulthood, Peter is a United States Military Veteran, having served four years in the Navy, including a tour in the Red Sea during the Gulf War.