Why Do Neurotypicals Talk to Autistics Like We’re Children? 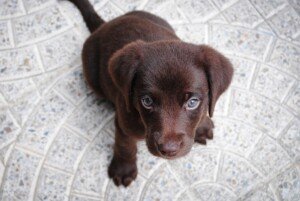 Can neurotypicals explain why they talk to autistic people in a condescending way like they’re children or puppies?

It’s the infantilizing of adults once they disclose their diagnosis of Autism Spectrum Disorder.

“People calling me cute, or sweetie,” says Demi, who owns and operates Talking Hairs, a Denver hair salon that caters to neurodivergent clients.

“One of the bartenders at the club I go to keeps calling me sweet pea and talks to me like I’m five.

“She’s well-meaning, but it’s really wild because I have tattoos and stretched ears, so on appearance alone, I don’t get it.

“It’s like people think we need them to slow down or talk to us like we’re puppies — and I don’t understand.”

It’s well-known in the autism community that once a person discloses they’re autistic, people talk to them differently – as though they’re children.

“Yes—more than just condescension, and often it’s people trying to understand how to talk to me and trying to get into my head with good intentions, which is even more uncomfortable,” says Brian Penny, 42, a media strategist who was diagnosed with autism in his teens.

He adds, “It feels like manipulation and gets awkward fast.”

Certainly, not every autistic adult who reveals their diagnosis experiences this situation.

Multiple variables influence whether or not it will happen. Nevertheless, it isn’t difficult to find autistic people to whom this has occurred.

The talking by the neurotypical may be slowed down, louder, extra animated and/or with an obvious selection of simpler vocabulary. There may also be an extra-wide smile.

The irony is that many of these autistic people are quite smart and verbally articulate, and have superior skills at pattern recognition, catching details, resistance to peer pressure or jumping on bandwagons, sustained deep focus (hyperfocus) and retaining a lot of information about a ton of things.

Someone with these skills – whether they’re overtly apparent or not – doesn’t need to be talked down to.

They’re still the same individual they were prior to revealing their ASD diagnosis.

“At another job, when working for an autism charity, I met with a colleague who, on the first day, treated me like an equal human being,” begins Dom Silvera, a writer and ASD advocate diagnosed with autism at 44.

She continues, “However, this was before I had disclosed my autism to her. Within minutes of disclosure, she started talking to me in a voice usually used when communicating with a baby and calling me ‘beautiful’ and so on. Unbelievable!

“I was aware of a manager talking slowly and in clear simple terms to me.”

As an autistic person myself, I have never talked down to anyone, including demographics that are often spoken to in a condescending way such as the elderly, the blind, people in wheelchairs, people with Down syndrome and of course, young children.

“I have not experienced being talked down to, but I have certainly witnessed it,” says Clarissa Harwell, LCSW, a therapist diagnosed with autism at 43.

“To me, it’s a fundamental misunderstanding of autism.

“Often people who don’t know about autism can assume there is always an intellectual disability as part of autism, so they can begin speaking to adults as though they are young children.”

An intellectual disability may be present in someone who’s autistic, but that’s a coincidence.

The two conditions are not related. There is no cause and effect.

However, remember this: There is no cause and effect with these two situations.

Analogously, a person with chronic knee pain may have chronic migraines – but there is no cause and effect between these two.

What more can I say to drive home the point that just because someone’s autistic doesn’t mean their intelligence is impaired?

And especially, that person who just told you she’s autistic didn’t just have an IQ drop of 50 points that requires you to speak slowwwwwly and LOUDLY with extra animation.

I’ve told two NTs, outside of autism functions, that I’m autistic. One is my primary care doctor, because he’s the first one I contacted to see if my health plan provided adult autism assessments.

The other was my broker for my health plan. Neither have changed their voice.

However, I’m very tempted to engage in an experiment: telling newly-met people whom I’ll never see again that I’m autistic after they’ve been interacting with me for a short while — such as a restaurant server or dishwasher repairman, etc.

It’d be fascinating to observe if there’s a noticeable change in their vocal presentation.

These NTs, who may think they’re “more than” autistic people, won’t realize they’re the guinea pig!

Brian Penny is a media strategist and writer navigating the creator economy with AI.