Autistic Women Explain How They Felt About Their Diagnosis 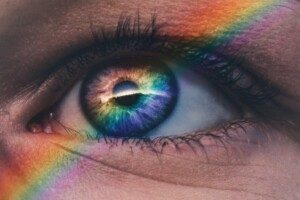 Autistic women express how they immediately felt upon getting their late Autism Spectrum Disorder diagnosis.

This is why, for many women, they were not diagnosed in childhood or even in their teens.

They were either misdiagnosed with (only) ADHD, anxiety, depression, OCD and/or another condition, or – as happens more often than you’d realize – were simply passed off as nerdy, introverted, too opinionated, too serious, too analytical, artsy, quirky, odd, weird or eccentric.

With the understanding of autism becoming less and less of that stereotypical image of a young speechless boy spinning in circles all day and spending hours watching a toy train run in a loop, more and more adults – especially women – are being diagnosed with the neurotype.

Women Talk About How They Immediately Felt when Diagnosed with Autism

“I’d always thought I was just different but had been working with autistic people for a few years,” says Dom Silvera, a self-advocate and writer who was diagnosed with ASD at 44.

She continues, “And it had slowly dawned on me that I had things uncannily in common with many of them that I didn’t have in common with other people, even though we were all very different as well.”

She underwent an assessment and was given an ASD diagnosis.

“I immediately felt a deep sense of relief but also distress, both of which caused me to sob and cry,” says Dom.

“I was in shock, and my head was all over the place, my life flashing before my eyes, trying to work out how this could be possible when myself and everyone around me had never had any idea — if they had suspected it they had never said anything anyway.

“More than anything though, I was thrilled and excited at the prospect of now having official membership of the most interesting and worldwide cross-cultural community that I’d ever known, whose members were wildly differing and unusual, but yet magically similar in many ways.

“I finally had something important and definite in common with a load of people who were my kind of people!”

“My immediate feelings were those of relief. It was such a huge struggle to find someone willing to even go through the process of diagnosing me due to me being high masking [concealing autistic traits] and an adult.

“A diagnosis helped to validate what I already knew to be true about myself.

“It also helped to start to dissect my past and view it through a neurodivergent lens instead of a broken neurotypical lens.

“I have a long way to go yet in understanding myself and learning to unmask, but it honestly made a huge impact in my life and has empowered me to make decisions that are best for me.”

When “Asperger’s syndrome” began gaining momentum in the public consciousness, I just happened to come upon an article about this.

They call themselves Aspies, I recall the article stating. There’d been something about that line that made me experience – at that moment – this odd feeling of being left out of a club.

I almost envied these Aspies – for lack of a better descriptor.

At some point afterwards – and I don’t know how long, though – I took a few Asperger’s tests online and scored high enough to make me consider the possibility that I had this condition.

But then I shrugged it off and figured that I had scored into the suspicion range because I was just different than most people.

It would be years later when I finally received my ASD diagnosis.

I was hoping for it so badly and was agonizing over the possibility that I’d be denied the diagnosis because (even though these aren’t diagnostic criteria) my special interests had never disrupted my day-to-day life, and I never had meltdowns, shutdowns or “autistic burnout.”

If I were actually neurotypical…then what the devil was wrong with me?

At least if I were autistic, I’d then officially be a member of a club of very uniquely-thinking individuals – the same kind of people who were probably responsible for many of the game-changing inventions throughout unrecorded and recorded history.

When I read the ASD diagnosis on the PDF report, prior to my teleconference with the psychologist, I was ecstatic, elated, thrilled – a tsunami of relief engulfing me. I was so happy!

My only regret was not getting the assessment years sooner. I proudly embrace my Autistry.

I will be posting more profiles of autistic women explaining how they felt upon getting their autism diagnosis, so bookmark this page!

Jennifer Parr has always had a devoted obsession to art and creativity. DIYvinci’s ultimate goal is to help others discover their own creative side and find enjoyment through art and crafting.