Diets Don’t Fail: You Returned to Your Old Eating Habits 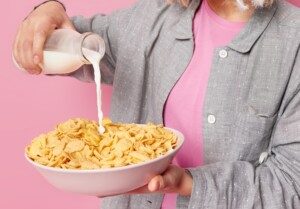 If you lost weight on a sensible diet but regained it, the diet didn’t fail; you returned to the very eating that made you overweight in the first place.

If you made a decision to resume eating 5,000 calories a day after losing 70 pounds on fewer calories, is this the result of a flaw in the particular diet you’d been on?

The diet didn’t make you go back to 1,500 calorie breakfasts and three cans of soda a day.

This verbiage that “90 percent of diets fail” is very misleading. It implies that there’s an inherent flaw in whatever “diet” the person tried, such as point tracking, high protein low carb, intermittent fasting, a calorie tracking app, Mediterranean, six mini meals a day, or what-have-you.

Now we ALL know – at least those of us with a little common sense – that some weight loss plans are guaranteed to “fail” due to their non-sustainability, such as the “grapefruit diet,” liquid or juice diets, extreme caloric restriction, protein shake diets and other approaches that significantly veer away from sustainability.

But let’s talk about the more popular approaches to dietary weight loss such as Weight Watchers, Jenny Craig, Nutrisystem, counting calories and – the most successful of all – plain ‘ol PORTION CONTROL.

A sensible diet does not fail at weight loss. If you lost weight with a sensible approach, the diet actually worked.

What really happened was that you reverted to your prior eating habits that made you pack on the pounds in the first place.

So yes, there is a failure going on, but it’s not in the diet itself.

A weight loss diet shouldn’t cause feelings of deprivation that lead to binge eating.

But the sensible approaches such as cutting down on portion sizes do not exclude one’s favorite types of food.

For example, Jenny Craig and Weight Watchers include pancakes, cake, brownies and chocolate chip cookies. They include pasta, potatoes and other common food fixtures.

If you’re on a very deprivation-inducing diet such as two protein shakes replacing two meals a day out of three meals, or a 20:4 intermittent fasting schedule, it’ll be mighty tempting to suddenly go on a binge.

Then the next day you binge too, and before you know it, you’ve regained all the weight you lost.

But this loss of control can also happen with more sustainable, sensible diets. This creates the illusion that the “failure” is inherent in the diet.

So if someone counts calories or points, or uses a meal tracking app, or perhaps gets online support while sticking to three portion-controlled meals a day plus two small healthy snacks – but then they “slip up” and before they know it, have gained back the weight they lost – this is NOT the diet’s fault.

They can’t get back on the wagon, so the saying goes, and continue overeating junk food.

Perhaps they’ve also cut back on exercise, figuring “What’s the use? I’ve blown my diet.”

This is not that calorie app’s fault. It is not the fault of the tuna salads and melon wedges you were eating in place of the cheeseburgers and fries. So to say that “diet’s fail” is inaccurate.

But again, I’m not talking about off-the-wall or gimmicky approaches. This is about sensible plans.

If you abandon a sensible plan, this doesn’t mean the plan is flawed.

It means you willingly gave up. You decided that the 2,000 calorie a day plan wasn’t providing you enough food, so you returned to your usual eating habits – consuming enough food daily for two or three people.

This is about personal accountability, not “diet culture.”

• People overeat because maybe in childhood they learned to use food to combat hurt and pain.

• Maybe their mother put heaps of food in front of them to quiet them down, reward them or give them something to do.

• Perhaps it was these mothers’ way of showing love, maybe to compensate for not being around often, or of being emotionally unavailable.

• Maybe the whole family and its extension put a high premium on hearty feasts, and hence, food became associated with wonderful family times.

• The result is obesity that begins in childhood or develops in early adulthood.

Attempts to lose this weight then ensue. When this fails, people have a tendency to blame a commercial weight loss plan or apps such as Noom, FatSecret and Cronometer.

Nevertheless, it’s certainly a fact that most people who make efforts to lose excess weight will gain it back.

But we need to be accurate and honest about WHY this occurs.

If influencer Abby gained back the 100 pounds she lost, she should not blame diet culture.

Nobody forced her to resume eating enough calories to pile back on a hundred pounds of excess fat.

By losing the weight, Abby PROVED she could lose weight by eating less and moving more.

If she gained the weight back, the diet didn’t fail. SHE failed … to continue eating less.

A woman her size (morbidly obese) does not need to starve to lose a hundred pounds.

When I was a personal trainer I preached portion control and inclusion of one’s favorite foods – but in controlled amounts.

I mentioned calorie tracking to some and also explained the importance of not skipping breakfast and not replacing lunch or dinner with a nutrition bar or gritty protein drink.

Giving up on binges or compulsive overeating of one’s favorite, calorie-rich, high-fat foods is difficult.