One Baby’s Fight with Hyperinsulinism 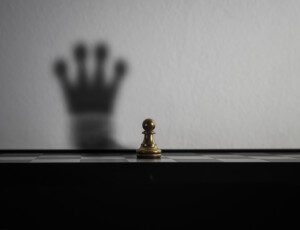 My brother’s fight with hyperinsulinism seemed like it lasted forever. It started when he was just six months old, which that in itself is very rare, but I will get into that later.

I remember like it was yesterday — coming home early from school and seeing my dad, who had just had shoulder surgery, talking to my aunt who was helping take care of him since my mom was working and my dad wasn’t able to lift anything.

They were talking about how goofy my brother was acting.

I remember wanting to see what he was doing, and when I got closer I felt very strange.

He wasn’t just acting goofy, he was acting like he had been drugged!

He couldn’t hold his head up. He was still smiling and being his happy normal self, but just looked so unbearably tired.

The decision was made by my dad to take him to the emergency room almost immediately.

On the way to the hospital, he lost consciousness and didn’t get it back until my mom showed up at the hospital.

The doctors had figured out his blood sugar was 12. They were pumping him full of sugar and liquids, and everyone was in full panic.

He finally woke back up and his sugar started to come back to normal. Nobody could really tell us what was going on, so they thought it was a fluke.

Not long later, I think a week maybe, he was back at the hospital — this time, in Little Rock Children’s Hospital.

His sugar had dropped again, this time in single digits. The crazy thing though was he was fully conscious this time. He was acting fairly normal.

When they tried to get it back up, it shot way too high. His numbers got up in the 400s at one point, so that created another panic!

Nobody could give us answers. They tried to see if he had somehow got into medication, which was not the case and they discovered that.

They tried everything that they knew how, so starting on Thanksgiving of that year, he was admitted to the hospital. We just couldn’t risk his sugar dropping in the night and not coming back up.

A specialist was called in, and even she couldn’t figure it out. Luckily, just a little before Christmas, she made a few calls to get help to find out what was going on.

It was determined that he had a very rare disease, and his case was even more rare.

Hyperinsulinism is rare on its own, but it always shows up at birth — not six months later like in our case. This left everyone astonished as well.

At that time, there were only a few places that could treat this disease: one in Australia, England, Japan and Philadelphia. We chose to take him to Philadelphia to be treated.

Once we got to Philadelphia, we knew immediately it was still going to be a long and uphill fight.

There was little knowledge of what to do, and really it came down to one surgeon.

Hyperinsulinism typically works in two ways: It either affects one specific point on the pancreas, or it is spread throughout the pancreas.

My brother had his scans and it was hopeful that only one point of his pancreas was diseased. However, things changed during surgery.

His surgery, we were told, was one of the most painful recoveries that any human can endure.

When they got in surgery, it was obvious that other parts of his pancreas were diseased. They started taking out what they could, and I believe they took out around 15% of the pancreas.

What that means is he wasn’t going to be cured. He would have to have a port in his belly and be hooked up to a machine every night, along with shots of dextrose (a sugar) three times a day. He finally got released after three months.

When he reached the age of two, his sugar was leveling out, and the medicine, honestly, wasn’t helping.

We were advised to go back to Philly for a checkup and were told that there was no medical explanation for his situation, but he was cured.

He had no signs of even having hyperinsulinism whatsoever. The only explanation was prayer and miracles! Now he is a healthy kid (11 as of 2022), with only a scar to show for his fight.

Noah White is the founder of Ark Insurance Group. He is an independent Life insurance expert helping people get coverage for themselves and their loved-ones