Feeling Tired As a Side Effect of the Second Booster Shot 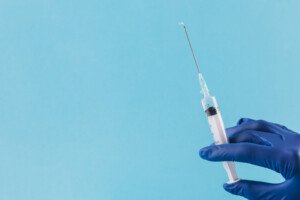 My experience after getting the second booster shot to protect against COVID-19.

I had experienced absolutely no side effects after the first three jabs, other than soreness at the injection site.

But for some reason, after all of that, it was the fourth shot (second booster, Moderna) that left me feeling tired the next day.

I got up at around 7:30 am after not getting the best sleep (I sometimes just don’t get good sleep), but my sleep in this case was nothing unusual.

At around 10 am or so, I began feeling tired – as though I hadn’t gotten enough sleep. This IS unusual. I wanted to just lie down and sleep for three hours.

I felt that I could, too. But I instead just went about my day. Finally, though, I decided to see what would happen if I lie down. Would I quickly fall asleep?

At this point, I still thought this feeling was due to bad sleep. It felt as though I’d had only two or three hours of sleep. My eyes had that heavy feeling, and my body was rather lethargic.

Oddly, I didn’t doze off. After about an hour I gave up and exited the bed.

My eyes continued feeling heavy, and I just couldn’t get myself to do some walking on my treadmill. I had to go to an appointment, and at some point, realized that my tired feeling must be from the second booster.

I continued feeling the tiredness all throughout most of the car trip, appointment and then on the way home.

I wouldn’t describe any of this as fatigue; it was more of a tired feeling, and it included my eyes.

Then, at around 4:30 pm, it began rather quickly lifting. I realized, Hey, I no longer have that tired feeling. I felt completely normal.

For the rest of the day and evening, I continued feeling perfectly normal, eyes wide and alert. I used the treadmill and did some home weight workouts without any issue.

Oddly, for this second booster, the soreness at the injection site was actually less than it’d been for the first three jabs.

In summary, the tiredness I felt after the second Moderna booster lasted a little over six hours.