Girl Who Had Stroke at 5 Defies Doctors’ Bleak Prognosis 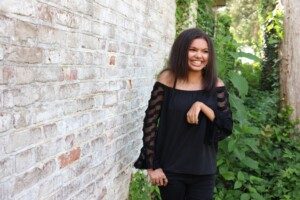 Doctors said that Talia would be a vegetable, unable to ever walk or talk again and need to be tube fed for life. Her parents had other plans.

On a very chilly German November morning, Talia, five, skipped to school with her mother.

By all accounts, it was a normal day for all of us. My wife and I were going about daily tasks as usual when we received a phone call that there had been an accident at school involving Talia.

While at physical education class our daughter was in the gym running when she fell. She brushed herself off and fell again.

The teacher noticed and asked Talia if she was okay. Talia got up again and immediately fell again, but this time convulsing and in an unconscious state.

My wife was able to arrive at the school first, but by the time I arrived my daughter was already in an ambulance that was positioned in front of the school entrance.

On the way to the hospital, the ambulance had to stop due to my daughter convulsing uncontrollably; paramedics believed she was having a seizure.

As we arrived at the hospital the doctors held the same sentiment, because she continued to convulse.

However, they did not give Talia an MRI initially; it was not until almost 24 hours later when a neurologist was given my daughter’s case that he recommended her to receive an MRI.

The results of the MRI showed that Talia had had a massive stroke, and her brain was swollen.

She needed emergency surgery to do a craniotomy, which would remove half of her skull and allow the brain to have room to swell.

Talia’s condition gave her only a few hours to receive the surgery — or she would most likely pass away.

Doctors rushed her to a specialty hospital in Hamburg, Germany where they would immediately place her in surgery to do a craniotomy.

Due to the misdiagnosis (seizure) at the first hospital, a severe amount of damage had been placed on Talia’s brain.

In fact, the entire right side of her brain to this day is not functioning, mainly due to the misdiagnosis she had received.

While Talia was in her ICU room, the lead doctor for the unit walked up to my wife and myself and said in broken English, “I do not know how to say this, so I will just be frank. Your daughter will most likely not walk, talk or eat on her own ever again; she will be a vegetable.”

Speechless, my wife looked at me and I at her in disbelief and hurt. Not knowing what to do, we set up a CD player beside her bed and played her favorite album by Mary Mary.

We would read to her as she lie there unconscious and unable to communicate. After a few days of testing the doctors believed they knew the cause of the stroke and how they wanted to proceed in her treatment.

A specialist in Hamburg found that vasculitis traveled through a hole, present at birth, in Talia’s heart.

The vasculitis clogged three of the four main arteries leading to her brain, causing the stroke.

What made this situation even rarer is that the vasculitis continued to travel and consumed the entire right side of her brain.

Steroids usually eradicated the disease, but not for Talia, as the rare disease continued to move toward the left side of her brain despite her having been given the highest dose of steroids allowed for her body type and age.

Talia was the third child they had ever seen experience this condition. They felt it best that she be transported to the U.S., specifically to Walter Reed Medical Center.

The military placed Talia and me on a medical evacuation (MEDIVAC) flight with wounded soldiers to transport her to Walter Reed Medical Center.

Once we arrived Talia was re-evaluated by the staff and started doing chemotherapy alongside steroids in an attempt to combat the vasculitis that was aggressively attacking her brain.

During this process I made a promise to my daughter that we would fight, and that we would not accept her being unable to walk, talk or eat on her own. Moreover, that she would have a decent life despite this setback.

People inundated her room with stuffed animals while we were there, and I decided to put them to use.

Multiple times a day I stood my daughter up and braced her weak legs and would have her throw those stuffed animals against the wall.

I would move her legs in a walking motion and we would walk up and down her hospital room and the aisles in the medical ward she was confined in.

We did this together for months, and right before being released to go to an inpatient rehabilitation center, she walked.

Not only did she take her first steps at the end of those four hard months, but she was eating and speaking on her own.

Talia was doing everything the specialist and doctors continually said she would never do again.

Today, Talia is 17, has a job in the mall and will be graduating high school soon.

Her fight is still very real, as she only has the left side of her brain fully functioning. Learning new information comes with challenges, and there are also issues with memory.

Furthermore, her left arm is not functional and she walks with a wide gait. She also has seizures as a result of the stroke.

However, her willingness to continue to fight, prove people wrong and build confidence in her own abilities is remarkable.

Talia, has learned to play piano, to draw various forms of art and train her service dog as a form of therapy.

Her recovery is a testament of the power of the mind and what is capable when one believes they can achieve. 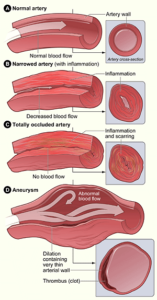