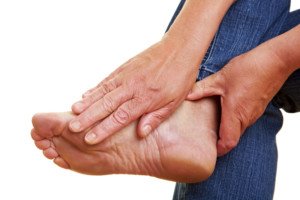 If your doctor said you don’t need bunion surgery as long as there’s no pain, you’ll want to rethink this.

There’s  a 3D surgical alternative to traditional bunion correction that has a shorter recovery time.

Business owner and entrepreneur David Mills had always been a very active person.

Throughout his life, he enjoyed running and played many different sports.

In his late 20s, he noticed bunions forming on both of his feet, but at the time, they did not cause him pain, so he decided to leave them alone.

“Bunions run in my family,” says David. “Both my parents and my brother have had issues with their feet. I went to see a doctor about it when I first noticed my bunions, but I was told that if they weren’t causing me any pain, it was not worth undergoing surgery. Looking back now, I wish I had not taken that advice.”

As time went on, the bunions on David’s feet started getting worse and began causing him pain that was interfering with his daily life.

However, it was not until the COVID-19 pandemic hit that David truly realized just how much of an issue the bunions had become.

“When I first put shoes on again after barely leaving my house for six months, it was nearly impossible to walk,” remembers David.

“The only comfortable shoes I could wear were sneakers. Any other type of shoe caused me too much pain.”

David also recalls having pain at almost every moment of his life when the bunions were at their worst.

“Emotionally, it was difficult for me not to be able to do all the things I was used to like running and playing sports.

“On days when I would be on my feet for several hours at a time, the pain really set in at night and started impacting my sleep.”

David decided to relook into removing the bunions, and in May of 2021, he underwent a procedure called a Lapidus bunionectomy.

While the procedure did correct his bunion, David remembers having a recovery where he had to be completely off his foot for several weeks.

While speaking with his doctor after his first correction surgery, he learned about an alternative procedure called Lapiplasty® 3D Bunion Correction.

The doctor explained that this option might involve less downtime than the Lapidus bunionectomy and could be a good option for him.

After researching the procedure in more detail, David underwent the Lapiplasty® Procedure in July of 2021.

While comparing his experience from the two different procedures, David explains having a recovery process with Lapiplasty® that was easier to manage.

“After the procedure, I made sure to take my medication according to instructions and stayed on top of it.

“Overall, Lapiplasty® was easier for me to manage,” continues David, “and I was able to put weight on my foot after about three weeks compared to six weeks with the Lapidus procedure.”

Today, it has been nine months since David’s Lapiplasty® Procedure and he says he is recovering well.

“I am back to working out and walking five miles a day. I am so happy to have addressed the bunion pain – it is something I have had to get used to. I expected to still live with pain after the surgery, so I am still adjusting to having a fully functioning foot.”

In addition to addressing his bunion pain, David also says the cosmetic benefits have improved his quality of life.

“Before the surgery, I would hesitate to take my shoes off around other people because I did not want them to see my feet.

“Now, I have nice feet. The scars are starting to go away and now I walk with pride. I never wore open-toed shoes before, but now I can walk on the beach barefoot and feel confident.”

To anyone who has bunions and has been putting off removing them, David says, “Don’t wait. I was told to wait, and I wish I hadn’t. The sooner you correct the problem, the sooner you will be back on your feet.”

Only a surgeon can tell if Lapiplasty® 3D Bunion Correction™ is right for you. As with any medical treatment, individual results may vary and this experience is unique and specific to this patient only. There are potential risks with surgery and recovery takes time. Potential risks include, but are not limited to: infection, discomfort from the presence of the implant, loosening of the implant, and loss of correction with nonunion or malunion.