Do You Suspect Your Sister is Autistic? TELL HER! 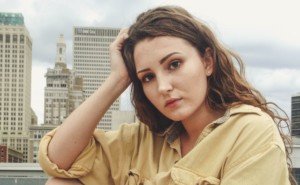 Don’t keep silent if you think your sister’s on the Spectrum. Mine made that mistake and cost me 20+ years.

I get sick to my stomach when I think of how life could’ve been had I gotten my ASD diagnosis 20 years ago. I was diagnosed with Autism Spectrum Disorder in spring of 2022 – WAY TOO LATE.

I texted my sister the news; she had no idea I’d been pursuing a diagnosis.

After a lot of texting back and forth, she then mentioned that over 20 years ago she had told our father her suspicion that I was on the Spectrum, and that I needed therapy.

She then said our father got angry and told her she was being “ultra-sensitive.”

She backed off and never again brought up the subject. And to think, all that time, my sister had been one giant leap ahead of me.

At the time she approached our father, I had no idea I could be autistic — even though I had always felt quite disconnected from other people; had always been aware that my thinking was very different from everyone else’s; could never understand how people could think the way they do; and actually believed that if my soulmate existed, he either had a low IQ or was schizophrenic. There was no way he could be “normal.”

Had my sister suggested to me — all those years ago — that I might have mild autism, this could’ve led to me investigating this and ultimately getting a much earlier diagnosis.

And let’s just suppose it happened that way. Let’s go back 20 years and pretend I’ve been diagnosed with autism. I would then realize that looking for a compatible man in the neurotypical population was futile.

Instead I’d seek out an autistic man; I’d sign on with any autistic dating sites that were around back then.

Though this wouldn’t guarantee success, it would certainly fire up the odds in my favor.

There are other components of my life that would’ve benefited from an earlier diagnosis, which I won’t go into detail here.

But I know with absolute certainty that certain interactions with people would’ve had more favorable outcomes had I known I was autistic. I can’t get back that lost time. There are no do-overs.

If you suspect your sister (or brother) is autistic, then dammit, TELL THEM. Don’t go running behind their back to your parents.

Why didn’t my sister approach me?

I asked her this. She said she wasn’t really sure. She added that I had been “combative and defensive” back then.

She obviously thought I’d bite off her head.

But in all honesty, I truly, truly believe that had my sister approached me in a genuine, sincere way — and had some printed information or had sent me a few links to back up her suspicion — I would’ve listened. I would’ve gotten very curious. I would’ve really, really given it some thought.

These days, there’s tons of online information about ASD plus numerous “tests” to take.

This means even less of an excuse to withhold your suspicion from a sibling.

If you’re too scared to broach the topic, then send her a link to the Autism Spectrum Quotient test.

I would’ve taken a test because I’d always been interested in the human brain and psychology.

But even if the sibling whom you suspect is autistic has never been interested in the human mind, don’t let this stop you from voicing your suspicion. It could save them 20 years!

Don’t wait another day, and don’t be afraid of some push-back. Don’t wimp out.

If you suspect a sister or brother has autism, then do the right thing and TELL THEM. But be mindful how you do this.

Don’t irately snap, “I swear, you must be autistic!” when your sister says something strange. Never use the words “autistic” or “autism” in a derogatory way. You can soften thing up by saying “on the spectrum.”

Autistics welcome a straightforward, fact-based approach. Don’t beat around the bush. Be matter-of-fact:

“Have you ever considered the possibility you’re on the spectrum? It would explain a lot of things. I did some research, and mild autism isn’t what you might think it is. You could be 100 percent self-sufficient, self-reliant and extremely productive — and still be on the spectrum. Here’s some information I printed out. Check it out.” Then hand her the information!

Does Every Autistic Woman Eventually Have a Burnout?