Can a Child Have OSA Without Daytime Symptoms? 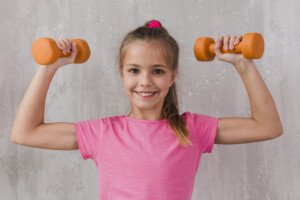 Are you wondering if it’s possible a child could have sleep apnea but no daytime symptoms?

Perhaps you’ve witnessed your child gasping for breath while sleeping or napping, or perhaps there’s another possible marker for sleep apnea such as being overweight.

Other possible indicators for obstructive sleep apnea in a child would be snoring, fitful sleep, a sibling or parent with the condition, or perhaps the child’s dentist said they had a small airway or small jaw.

In children, daytime symptoms of untreated sleep apnea are as follows:

Sleepiness/trouble staying awake in class, fatigue, difficulty with focus and concentration, restlessness and other symptoms that are sometimes diagnosed as ADHD without any investigation into the possibility of sleep apnea.

Sleep Apnea but no Daytime Symptoms?

“There are not many studies in children focusing on OSA without daytime symptoms,” says Joi Lucas, MD, medical director of pediatric pulmonology at Nemours Children’s Clinic and chief of pediatrics, Lakeland Regional Hospital, FL.

“This is likely because typically, children with OSA have concerning daytime sleepiness and fatigue.

“In fact, when they present to my practice, their chief complaints are usually snoring, snorting and restless sleep, in addition to daytime somnolence and possible ADHD.

“So yes, there is a paucity of information on kids who have OSA without daytime symptoms.

“Patients are complex and typically have a spectrum of symptoms associated with OSA.”

Dr. Lucas also points out that there just isn’t sufficient data to declare that yes, indeed, children with untreated sleep apnea can get through each day without any signs of this often-misdiagnosed disorder.

This means there’s no confirmed or even suggested correlation between any metrics (e.g., body mass index, diet, level of physical fitness) and the absence of daytime symptoms.

“The vast majority of children with OSA do have daytime somnolence of varying severity,” says Dr. Lucas.

Keep in mind that if a child has undiagnosed OSA but doesn’t have any daytime sleepiness or other issues that would get a parent’s attention, there would be no reason to suspect OSA, let alone have the child undergo a sleep study to see if it’s present.

This is why it’s not known what percentage of kids with untreated OSA have no daytime symptoms.