Can Swallowing a Pill Screen for Barrett’s Esophagus? 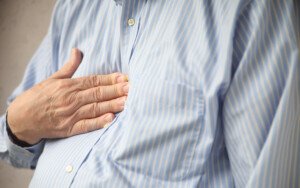 Can swallowing a pill with a camera to screen for Barrett’s esophagus replace the standard upper endoscopy?

After all, the upper endoscopy requires sedation and a driver for the patient since a doctor will not perform the procedure unless the patient produces a verified driver on the spot.

And then there’s the idea of a “tube going down one’s throat” that intimidates many people.

The endoscope actually goes down the esophagus (“food pipe”), into the stomach and then small intestine.

This comes with risks such as infection.

Thus, the idea of pill endoscopy has appeal to many anxious patients.

Imagine going to the doctor to get a pill — a pill that contains an imaging system that creates microscopic images of the wall of your esophagus — eliminating the need for an endoscopy.

This is what researchers at the Wellman Center for Photomedicine at Massachusetts General Hospital have developed.

The purpose of the endo-pill is to screen for Barrett’s esophagus, a serious condition.

The goal is to show a 3D microscopic structure of the esophageal lining with greater resolution than what an endoscopy would offer.

The device records light that’s reflected back from the esophageal lining.

The Patient Swallows It on a String

The multivitamin-sized capsule, which the patient swallows, is connected to a string-like tether that attaches to the imaging console, allowing a medical professional to control the system.

The capsule can be pulled out of the patient with the tether.

The capsule was tested on 13 non-sedated patients in the study.

The entire esophagus was imaged in under a minute.

“Gary Tearney’s Endo-Pill is still considered experimental,” says Alan Gingold, DO, a board certified gastroenterologist with the Digestive Healthcare Center of NJ.

“He had created a pill that was attached to a wire which in turn sent images to a monitor,” continues Dr. Gingold.

“The patient in theory could be un-sedated, swallow this pill, and using the wire, the pill could be pulled back from the stomach to image the gastroesophageal junction to screen for Barrett’s esophagus.

“Barrett’s esophagus is a pathological diagnosis, and so the gold standard to screen for Barrett’s is still endoscopy with biopsy.

“The Endo-Pill — while having the advantage of no sedation and speed of use — cannot take biopsies, and so it is still consider experimental and not universally used.”

My Own Upper Endoscopy: I Asked for a Pill Camera

Kaiser Permanente does not use any pill cameras for the esophagus.

I was told (not surprisingly) that a tiny camera cannot collect tissue for a biopsy should the doctor discover any visibly concerning areas.

I wanted an upper endoscopy because I’d been experiencing GERD.

Furthermore, my doctor said she’d also be collecting a sample from the small intestine to biopsy for celiac disease — a routine procedure that a pill camera cannot do.