Must You Quit Marathons Forever if You Have Chondromalacia? 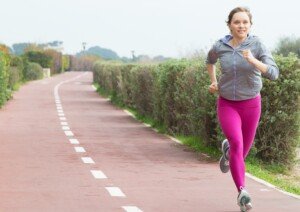 Chondromalacia is a nightmare for marathon athletes, whether competitive or more on the recreational side.

This common disorder causes pain when running but also sometimes when going up stairs.

“Dr. Bergin, if a marathon runner gets chondromalacia, must they give up training for marathons?”

No. Of course not. That might not sound like my usual response, because I’m an orthopedic surgeon.

But look, there are varying degrees of chondromalacia.

We have three compartments in our knee, of which two (the medial and lateral compartments) are the main weight bearing compartments.

If you have chondromalacia in these two compartments, you probably should not run, never mind running marathons.

The problem with marathons is not necessarily the running of just the marathon. It’s the training involved. There’s just a lot of pounding on your knees.

Chondromalacia is by definition “disease of the cartilage.”

And basically, that means that the beautiful, special, perfect, plastic-like construction of your cartilage is damaged.

It cannot repair itself because it has no blood supply.

So once damaged, it stays damaged and progressively gets worse over time. It’s the beginning of having arthritis, no matter how young you are.

A lot of people have chondromalacia of the anterior compartment, the kneecap or patella, and the groove where the patella tracks.

It’s not put under the same kind of stress during running that the weight bearing surfaces are under.

You can probably keep running as long as you don’t have pain.

Try to avoid a lot of hill running during training. Sometimes you can’t avoid hills in a race. Avoid squats as a method of strengthening.

Running is a great exercise — when we’re healthy and have normal weight bearing joints, and when mechanically, our bodies are made to run.

But, once we’re diseased, it’s not the same. I often tell my patients that they’re doing this exercise for their health…but if it puts them under the knife…how healthy is that, especially when we’re old?

Running often gives people this rush of endorphins, which is a wonderful thing.

But it can also cause people to overlook pain, kind of like if you took some narcotics before going to run a marathon.

Who in their right mind would do this if they knew they had a disease of their cartilage?

Bottom line: No one has to quit running marathons for any reason.

But if you have developing arthritis in your knees, it will only get worse with high impact exercises. You will likely regret it. Trust me. I’m a doctor.