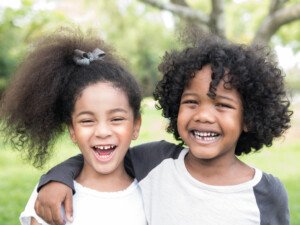 Children have a lower risk of DVT from long plane rides than do adults. They’re not immune to blood clots, but are much less likely to get them. Why is this?

“Perhaps it is based on significantly less history of endothelial dysfunction.”

Though “age” is one of the risk factors for a deep vein thrombosis, this doesn’t entirely explain why children are less likely to develop a DVT from prolonged airplane rides than their parents and especially grandparents.

Maybe it’s because they’re less likely to put up with the urge to urinate and hence, scramble out of their seats every hour (which provides leg movement and thus, better circulation) to use the airplane’s restroom?

Whereas their parents and other adults will better tolerate the discomfort until it gets really bad or until the plane lands.

Maybe it’s because children tend to kick and swing their dangling legs, or repeatedly shift position in their seats, while adults can’t readily swing their legs and are better able to sit still and relax.

It would be great if an investigation were made to compare the DVT incidence of children who actually sit still (and fall asleep) on a long airplane ride, with DVT incidence in adults of varying age brackets with comparable immobility during the flight.

Nevertheless, children on long flights should be adequately hydrated, and if they want to get up and discreetly move about or stretch (or use the restroom), they should be encouraged to do so.