Why the Pain All Over Your Body Gets Worse with Depression 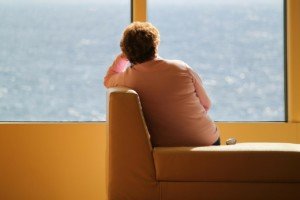 Have you noticed that depression makes the pains in your body worse? This is especially true if your body often hurts all over.

Perhaps the pain is a general dull ache that’s diffuse throughout your body.

Or maybe it’s in the back, shoulders and upper legs — or some other multiple areas.

And when you’re hit with depression — the pain gets worse.

“Pain makes depression symptoms of low mood, exhaustion, appetite worse — and depression does indeed change how we perceive pain,” continues Dr. Chadha. “One has less reserve, so to speak.”

A University of Oxford study showed that feeling sad or depressed causes changes in the brain that influence an individual’s perception of pain.

The researchers used brain imaging to investigate how healthy test subjects responded to pain when they were experiencing sad feelings.

The dampened mood was induced by sad music and negative thoughts.

When this kind of mood was induced, it disrupted a portion of the volunteers’ neuro-circuitry that regulates emotion. This caused an increased perception of pain.

The researchers believe that feeling sad dismantles a person’s ability to regulate negative emotion that’s associated with the perception of pain. Thus, things in the body “hurt” more.

If you have a pre-existing painful condition, being depressed may make it a lot worse.

My mother had carpal tunnel syndrome at the same time she had deep depression (which had been caused by low thyroid, which at the time, was undiagnosed).

Can the pain of carpal tunnel syndrome get bad enough to make an adult burst into sobs and describe it as knife-like?

Yes, if that person also has depression disrupting the brain circuitry.

Finally my mother was prescribed Cymbalta after weeks of complaining that her entire body was in pain, a time period during which she struggled to eat and was incapacitated by depression.

Literally the day after her first Cymbalta dose, she was perked up and talking about how she wanted to make her legendary homemade bread — which she did that day.

“Cymbalta and some of the other antidepressants, called tricyclics, mediate both pain and depression pathways, also illustrating that the marriage is in the brain as well as in the experience,” says Dr. Chadha.

In addition to general psychiatry, Dr. Chadha is also a forensic psychiatrist who treats the brain conditions of the criminally insane and serves as an expert witness in trials. She has a passion for fitness plus how the body, mind and spirit come together to build a healthy individual.