Signs Your Bullied Child Is Thinking of Suicide 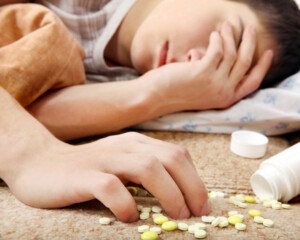 Here are the signs that your bullied child is thinking of taking his or her life — of dying by a planned suicide.

You may think that suicide success in teenagers (and adolescents) is too rare to worry about.

And it’s true: A completed suicide in bullied teens is exceedingly rare (though strikingly newsworthy).

Why would your bullied teenager be an exception?

According to the Centers for Disease Control, during 2013 for kids grades 9-12:

Seventeen percent seriously considered attempting suicide in the previous 12 months; 13.6 percent made a plan for the attempt; 8 percent actually attempted suicide at least once in the prior 12 months.

Another Alarming Fact to Consider

Many young survivors of suicide are left with permanent disabilities or scars.

How can a parent tell if their bullied teen or younger child may be close to attempting suicide?

“They feel the whole world is against them and don’t see a light at the end of the tunnel,” begins Carole Lieberman, MD, a forensic psychiatrist, expert on bullying and author of Bad Boys: How We Love Them, How to Live with Them, When to Leave Them.

“The kids who are more likely to go beyond moodiness and depression, and actually commit suicide, are those who feel the least support from their parents, and who have nothing positive to hold onto — no space in their life where the bullying isn’t affecting their success.”

The tricky thing here is that parents may actually believe they’re being super supportive, when in fact, they’re (unintentionally) adding to the feelings of hopelessness.

For example, a child expresses suicidal ideations to his father. The father becomes irate at this and snaps, “Oh come ON, you have so many good things going for you!”

Dad continues, “I bet if you wrote down all the bad things in your life and all the good things, you’d see that the list of good things is way longer!”

Dad then returns to his computer activities while Junior is left trembling.

In his mind, Dad is being supportive. But the truth is, he just added to the teen’s feelings of hopelessness.

Feelings of hopelessness cannot be quantitated on a list.

A built-in pool in the backyard, having one’s own bedroom and 10-speed bicycle, a giant flat screen TV, computer and smartphone, a Game Boy and all sorts of other material possessions, translate to featherweight against the superheavyweight bullying that occurs at school and Dad’s ineffective attitude.

Parents might think their bullied child would never attempt suicide because he or she doesn’t “act depressed.”

This is another tricky area, because the classic signs of major depression include a nearly complete loss of appetite, excessive time spent in bed, excessive time sitting and staring into space, and being non-conversational and more like a zombie.

So a parent might think that their bullied child, who has a good appetite and is highly functional, would never attempt to take their life.

Then one day the unthinkable happens.

Feelings of hopelessness and seeing no way out are thought processes that don’t always add up to the classic presentation of severe depression.

Other Warning Signs of an Imminent Suicide Attempt

Giving away of prized possessions

Talking or writing about suicide

Googling ways to commit suicide or information on overdosing on drugs

A sudden, unexplainable cheerful disposition. This happens when the child discovers the perfect solution to end all their pain: suicide.

Another sign is the absence of a sanctuary — an environment in which bullying cannot survive, such as a top-notch martial arts school, where kids and adults of all abilities and disabilities are graciously accepted.

You may think you don’t know what more you can do for your bullied child.

But if that child died by suicide — rest assured, you’d suddenly know all the things you COULD have done to prevent this.

So get to work NOW before your child beats you to it.