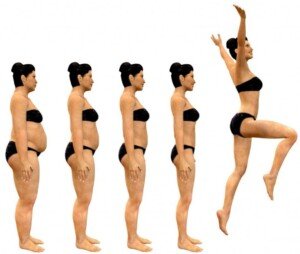 Are a pedometer and 10,000 steps every day all you need to lose weight?

Will you even be able to maintain the quota of 10,000 steps a day, day after day — and then for how many years or even months?

The truth is, getting in 10,000 steps a day is a good launching pad for sedentary people who either want to lose weight or want to get fitter.

But the pedometer strategy is not a be-all, end-all to weight loss.

It’s a stepping stone or transition.

There is no cardio exercise component to the goal of 10,000 steps a day.

For sedentary people who hate to exercise, they can ease into an exercise program by wearing a pedometer and getting a baseline value for how many steps per day they’ve been normally getting.

Then they can create goals, such as 2,000 a day, 3,000 a day, etc. People have lost weight this way, but it’s very difficult to lose all the desired weight with this method.

Maybe 10 pounds, even 15 pounds, will come off. But certainly not 50, let alone a hundred.

And the 10,000 steps a day would also need to be 10,000 MORE than what an overweight person normally does on a daily basis.

This won’t trigger weight loss if those additional 2,000 steps come in the form of merely walking from point A to point B; it’s just not enough of a change.

However, if she sits at a desk all day for her job, then the goal of 10,000 steps a day would be signficantly more than what she normally gets in.

A little fat loss is then possible. But ultimately, she’ll want to do more than just accumulate a bunch of steps.

Even the most sedentary person will quickly reach a plateau when simply relying on accruing 10,000 steps a day (excluding steps counted during a step aerobics class or rigorous 30 minute walk outdoors) for losing unwanted pounds.

Plus, trying to get in 10,000 or more steps a day will eventually become tedious, unless you use a treadmill desk when using a computer or watching TV.

Wearing a pedometer will have psychological benefits for an obese or very inactive individual who never works out.

It’ll give them feedback on their progress as far as less time sitting and more time walking about.

But in order to force your body to burn all the excess fat for fuel, you must subject it to training intensity that it’s not accustomed to, such as a brisk hike, incline intervals on a treadmill (without holding on) or a group fitness class.

After a formal cardio session, in which you performed tasks well beyond your comfort level, your cardiovascular and musculoskeletal systems will be forced to adapt in anticipation of the next workout. 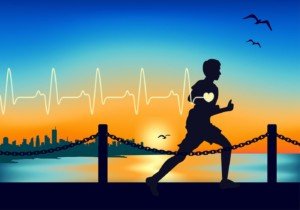 The pedometer regime, at best, provides a short-term improvement over leading a sedentary life, along with providing a mental boost.

It’s not a long-term solution for achieving permanent weight loss.

Plus Size and Already Doing Tons of Daily Steps

Many overweight people accumulate well over 10,000 steps a day on the job.

They may have been working that job for several years, yet may also be obese.

There’s just so much more to permanent fat loss than amassing a bunch of footsteps.

Though poorly conditioned people have lost some weight and gained some energy using a pedometer, this plan should still be considered as a stepping stone to higher planes of exercise, which also include strength training.