MS Misdiagnosed As a Stroke in 38-Year-Old Woman 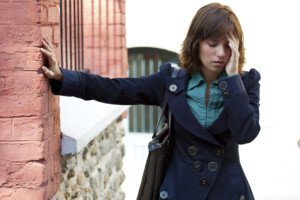 It’s alarming to get diagnosed with stroke, but before you panic about blood clots in your brain, you should know that MS symptoms can sometimes mimic a stroke. Janet Perry tells her story.

It was awhile ago, but I was misdiagnosed in 1995 with a stroke. I was 38. I was overweight and had an extremely stressful job, but no strong conditions for a stroke.

I now know that my symptoms were consistent with a severe MS attack.

It started with a migraine, but that was consistent with my past history, and when it had mostly went away, I left with my mom on a business trip to Hawaii.

However, shortly after I arrived, new symptoms appeared — dizziness, leaning, inability to judge distances, numbness on one side.

The local doctor diagnosed an inner ear infection, and then just dizziness.. When nothing worked he sent me to three hospitals for tests.

They did an MRI and three invoked response tests, and came back with the stroke diagnosis.

This begs the question: How did the MS get missed on this first MRI? We’ll never know, but Perry continues:

Although i don’t know why MS was missed initially, I suspect it was a combination of two things:

I was left in the hospital for five days and then with difficulty made my way home.

Once home I had many more tests including another MRI and a spinal tap.

Everything remained consistent with a stroke, although no cause was found, and my neurologist was unhappy with the diagnosis.

I was not put on blood thinners because there was no evidence of a clot. My neurologist here in California put me on low-dose aspirin as the safest course.

As I learned more about having strokes at a young age, I grew more and more uncomfortable with the diagnosis, but we did not explore possibilities. I just felt as if there was a sword hanging over my head.

Fast forward a bit more than five years and I had another, less severe MS attack.

I had another MRI. This time the probable MS diagnosis came almost immediately. As my neurologist said, “It was MS all along, just not multiple in 1995.” 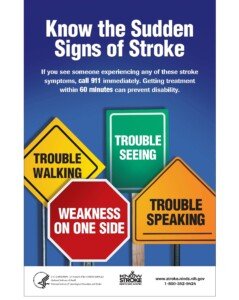