How Is an Aneurysm Behind the Eye Repaired? 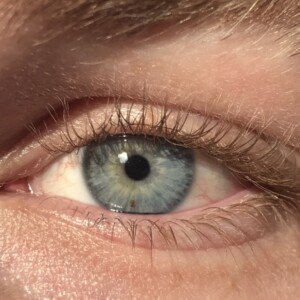 Having a bulging blood vessel (aneurysm) behind your eye can be pretty frightening. Repairing these comes with the risk of blindness.

If an aneurysm behind the eye becomes big enough, it can rupture and cause serious consequences.

Though aneurysms in this location are less likely to rupture when compared to cerebral aneurysms, sometimes there just isn’t any option other than to surgically repair these dilated blood vessels when they’re in a location as delicate as that behind the eye.

“Ophthalmic artery aneurysms or paraclinoid aneurysms are notoriously associated with visual symptoms,” says Atif Zafar, MD, director of the stroke program at University of New Mexico Hospital and assistant professor of Stroke/Neurology at the UNM School of Medicine.

If an aneurysm ruptures, this is called a hemorrhagic stroke.

“These are some of the challenging aneurysms since any intervention carries a risk of visual symptoms including blindness,” continues Dr. Zafar.

Such an aneurysm may be discovered by accident when the patient undergoes imaging for an unrelated reason.

And sometimes symptoms arise and the patient seeks a diagnosis, but the treatment at that point is surveillance.

“Often, these aneurysms are monitored by neuro-endovascular surgeons until the symptoms of visual loss are disabling or the rupture risk is high.”

Assessing the Risk of Surgical Repair

“Endovascular approaches are revolutionizing on how aneurysms are treated,” says Dr. Zafar.

“Ophthalmic artery or paraclinoid aneurysms, often referred in general terms as ‘aneurysms behind the eye,’ require thorough evaluation before treatment is offered.

“Endovascular treatment includes and is preceded by a balloon occlusion test, where the catheter is inserted either through the radial [arm] artery or femoral [thigh] artery until it reaches the area of aneurysm, where the flow of blood in the artery is artificially and temporarily stopped by dilating an intra-arterial balloon in the aneurysmal area.

“This is done to better understand the collateral flow and if patients will complain of new visual symptoms.

“This is done in many cases, but not all, to evaluate the risk of the surgery.

“Often, patients would not feel anything, and their collateral flow from surrounding vessels would be reassuring. In those cases, intervention is relatively low risk.”

“Endovascular coiling of aneurysm is the most favored procedure,” says Dr. Zafar.

What a coiled aneurysm looks like. 77giallo77, CC BY-SA

“Microsurgical clipping can also be done in certain patients based on the size, location and symptoms of patients.

“A combination of endovascular and open surgical clipping may be needed in certain cases.”

A New Kind of Repair

“Recently, pipeline devices are being tried with reasonable results. The pipeline embolization devices act by diverting blood flow away from the aneurysm, and hence, shutting down the aneurysmal flow of blood.

“Studies are underway to streamline use of pipeline and diversion devices which may make treating these aneurysms easier and safer in the coming years.

“For now, endovascular coiling with or without microsurgical clipping continues to be the mainstay preferred treatment.”

More About Aneurysms Behind the Eye

They are EXTREMELY rare. If you’ve been having pain involving your eye, or new vision problems, it’s VERY unlikely that this is being caused by a bulging blood vessel.

However, the rarity of ophthalmic artery aneurysms certainly does not rule out other possible serious causes of gradual or sudden vision problems, pain or some other abnormality about the eye.

Symptoms of an Ophthalmic Artery Aneurysm

• Pain behind or above the eye
• Visual field problems
• Double vision

For a detailed description of these aneurysms, including an explanation of a few additional repair procedures, go here.