Can You Get Pregnant if Your Period Is Every Three Months? 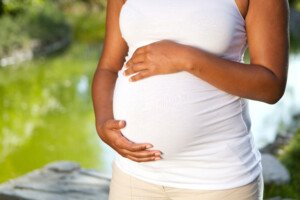 If your period comes only once every few months, and you’ve been trying to get pregnant for a long time but have failed, this problem is most likely because of an unrelated issue.

Many women have been trying to get pregnant for a long time, and if they have irregular periods, or menstruation once every two or three months, it’s only natural for them to strongly wonder if this is why they have not conceived.

The point-blank question for these women is if it’s possible to conceive despite not menstruating every single month.

“Yes! Some women will ovulate irregularly and thus only get a period every few months,” says Daniel Kort, MD, Practice Director of Neway Fertility, one of NYC’s leading fertility centers specializing in customized and affordable natural fertility treatments.

“As long as sperm is present at the time of ovulation, pregnancy can occur,” continues Dr. Kort.

From a mathematical standpoint, the odds of sperm fertilizing an egg (ovum) is higher if there is an egg every month vs. every other month.

For women who have irregular menstruation, they would benefit from tracking their ovulation so that they know when an egg is most likely to be ready for fertilization.

It’s also important for the man to undergo a thorough exam to make sure there is no situation on his part that’s making it more difficult for a woman to conceive.