Can a Brain Aneurysm Cause the Tongue to Twitch? 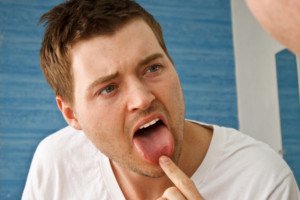 It’s not impossible for a brain aneurysm to cause your tongue to twitch.

Though tongue twitching is far more likely to be caused by ALS than a brain bleed, there are things to consider when it comes to what feels like your tongue twitching for no apparent reason.

What is a brain aneurysm?

This is when a blood vessel in the brain is abnormally dilated or “ballooned up.” The walls of this bulging area are weak and thus prone to a rupture.

The survival rate for a ruptured cerebral aneurysm is 40 percent.

The presentation of a ruptured brain aneurysm is the sudden thunderclap headache (the worst head pain you can imagine) which may also be accompanied by one or more of the following:

Common symptoms of an unruptured cerebral aneurysm include visual problems, one-sided facial numbness or weakness, pain near an eye and difficulty with speech.

The presentation of a brain aneurysm can be variable, says Atif Zafar, MD, director of the stroke program at University of New Mexico Hospital and assistant professor of Stroke/Neurology at the UNM School of Medicine.

Dr. Zafar explains, “Imagine blood oozing rapidly out of the ruptured aneurysm into the brain. The bleed typically settles around the brainstem.

“Here is the confusing aspect: Tongue, face, swallowing, breathing — all these activities are controlled by the brainstem.”

From the brainstem exit the 12 cranial nerves. The 12th one is called the hypoglossal, and it’s this nerve that controls tongue movement.

Dr. Zafar continues, “So theoretically, tongue twitching can be something associated with a brain bleed.”

An unruptured brain aneurysm, though, cannot cause any tongue fasciculations.

“However, isolated tongue twitching that happens on and off without any other symptoms like headache, vision changes, neck stiffness would very unlikely be related to brain aneurysm or a stroke,” says Dr. Zafar.