Can You Get Dental Implants with Diabetes? 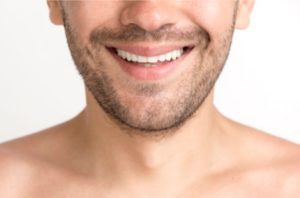 Many people, including dentists, have thought for a long time that dental implants would not work well in people with diabetes.

The oft-believed idea has been examined many times by different dentists and periodontists, and the conclusion has largely been the same through the years:

Diabetics can get successful tooth replacement with a tooth implant.

Since much is known about diabetes mellitus, it was believed that high blood sugar levels would cause problems with the healing process.

Type 2 diabetes certainly does cause healing problems, and it’s especially notorious for attacking the extremities and the eyes. With a dental implant, it had been believed that it would lead to failure.

A number of studies were collected and reviewed by researchers in India in order to determine whether implants had been successful or not in diabetic patients.

The suspicion that diabetes would likely lead to a much greater failure rate was not unfounded.

It has been known for many years that diabetes can easily lead to periodontitis – a severe form of gum disease that causes many to lose their teeth.

It’s also true that periodontitis can rather easily lead to dental implant failure if not treated quickly.

The healing rate when sugar is high is much slower than in people with normal blood sugar levels, raising the risk of infection, which can cause the jawbone failure to attach to the implant (which is necessary to hold it in place).

After looking at many studies, the researchers saw that there was a high rate of success when giving implants to diabetics.

The key was not found in whether a person was diabetic or not, but whether the diabetes is controlled or not. The failure rate was found to be much higher in a large number of studies.

The studies revealed that dental implants in people with controlled diabetes are almost as likely to be a success as in those without diabetes. 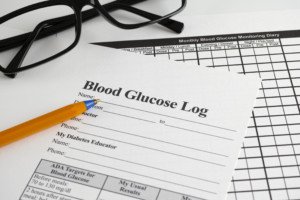 The studies showed that when diabetes was well-controlled, the success rate ranged between 92 and 97 percent.

The rate for non-diabetics is currently about 95 percent, which means that as long as diabetes stays under control, you can get and keep dental implants. A rate of about 89.7 percent still had their implants after 10 years.

Why Gum Disease Is a Problem

Gum disease, particularly periodontitis, is a serious threat to an implant. The disease is caused by bacteria that are normally found in the mouth.

It’s usually kept under control by other bacteria in a healthy mouth, but it feeds on sugar and produces acid.

Once the bacteria get into the gums, it also has access to your bloodstream – where it can find plenty of sugar – especially if the diabetes is not regulated well.

It multiplies faster when more sugar is present. An immune system reaction is caused by the bacteria and acid, and it starts to attack your gums, the structures that support your teeth, and your jawbone.

It will destroy them, and your teeth will become loose and may even fall out. This is why the bacteria can be so harmful to dental implants.

Before anyone can get a single dental implant or complete replacement of their teeth, it’s necessary to have a consultation.

You will need to have good health, good jawbone size and healthy gums. If you do not have these qualifications, dental surgery can be given to prepare you for it.

Overall, the studies indicated there is practically no difference between diabetics and non-diabetics as far as dental implant success — as long as the diabetes is even moderately controlled.

When poorly controlled, the success rate is lower. It’s not known if the length of time with diabetes is a factor in poor success rate.

This places all of your dentures on four dental implants on either the top or lower jaw.

This system does not depend on how much bone you have in your jaw and may be the ideal way for a diabetic to have great teeth.